An Interview with Jesse Draxler 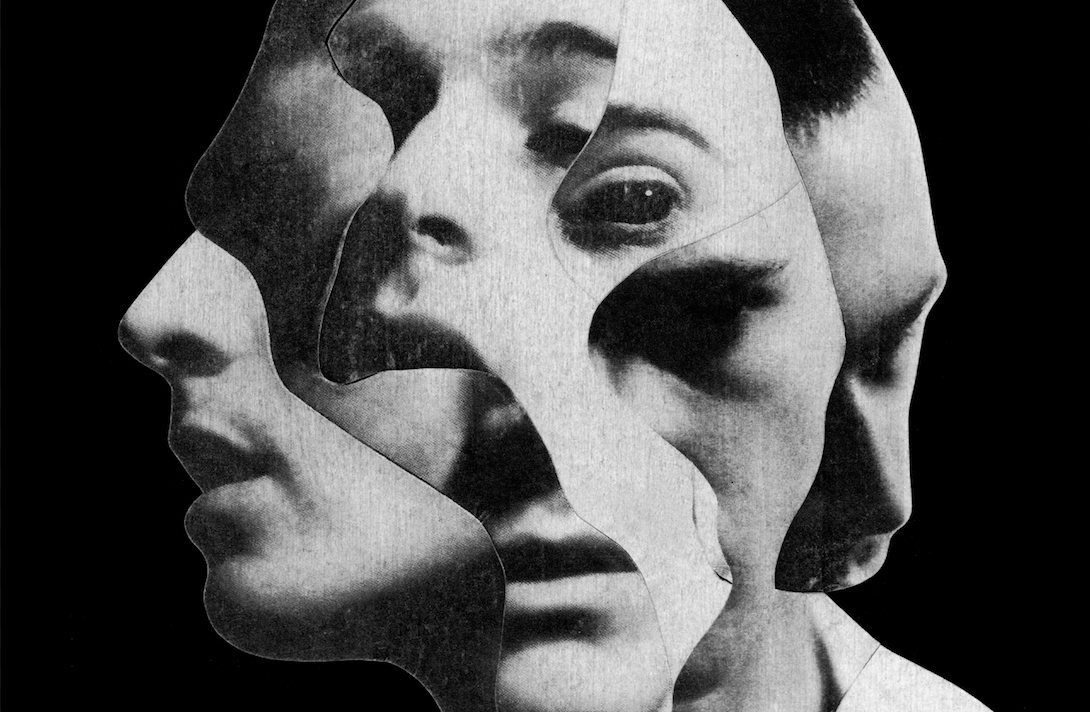 Alex Estorick: I often think of you as the quintessential hybrid because of the way you operate across both fine art and commercial contexts, working with Prince, Alexander McQueen, and The New York Times. What is it that unifies your practice across these different channels?

‍Jesse Draxler: I’ve spent my artistic career exploring different media, but my focus has always been on developing my own visual language. People have told me that it doesn’t matter that my work is so disparate — no matter how they view it, they know it’s mine. Although most of my commercial clients come to me because they want Jesse Draxler, they don’t come to me saying, “we have this idea, can you implement it?” It’s more like, “hey, we love your work, we want you to wrap it around what we’re doing.” That can create tension because of the need to compromise.

‍Ultimately, the unifying feature of my work is that it’s my world, not anyone else’s.

‍AE: Artists have always been “worldbuilders,” but that notion is especially live at the moment. As someone who operates across so many different disciplines, it feels like you’re ready for the metaverse.

‍JD: When I talk about worldbuilding I’m talking about showing other people the world inside of me. I always wanted the aesthetic of my world to be influential, so I thought: “how can I seep this imagery into culture?” [I do it] through illustrations for The New York Times and for fashion, music, and obviously social media.

‍I tried to create this insidious monster that could wrap its tentacles around culture. To me, that’s worldbuilding. The metaverse is a different thing entirely.

‍AE: A number of artists have sought recently to critique Web2 and the algorithmic oppressions instituted by social media. When you talk about disrupting pre-existing media through an insidious project, is it a political project?

‍JD: It depends on what you mean by “political.” I have a very anti- mentality. For example, I love working with fashion imagery largely because I hate it. I’m seduced by it in a way that you’re supposed to be seduced, but I hate how fake and vacuous it is. I have days where I’m completely repulsed by the world because of the sheer amount of advertising; it’s so manufactured. A lot of my work responds to that and channels aggression toward traditional systems.

I’m someone who takes in information from the world and regurgitates it in order to create this dark, void mirror of it. The imagery is often violent in its intention. I have this romanticized idea that I can take the most vapid H&M advertisement out of an Elle magazine and turn it into this meaningful piece of art. That’s alchemy right there.

‍AE: Mark Fisher defined capitalist realism as “the widespread sense that not only is capitalism the only viable political and economic system, [...] it is now impossible even to imagine a coherent alternative to it.” Are you trying to reclaim and repurpose capitalism?

‍JD: “Reclaiming” is a good word. I used to do that for fun, I’d just rip apart a magazine and write “mine” on a page.

‍I love working with found imagery because it’s preloaded. I want to do as little as possible to it while making it as much mine as possible through the practice of subversion.

I reclaim these external stimuli that are thrown at me, making them mine and pushing the outcome in the simplest and most arrogant way possible. It’s a spiteful interaction. My approach can take different forms and media — it can be collage, or it can be painting, but I do it swiftly and boldly. When you put a brushstroke loaded with black paint on top of an advert of a person just standing there, that’s a disruption. When somebody looks at it, I want it to hit them immediately.

‍AE: Tumblr is a classic Web2 platform. As a former Tumblr artist yourself, how did that platform shape your creative approach?

‍JD: Some friends of mine were on Tumblr from the beginning and saw new forms of art emerge, as well as mediums being used in unconventional ways.

‍We would get together, make something, show it to one another, and say, “dude, that’s going to do so well on Tumblr.” We understood the unique aesthetic that people were drawn to at the time.

That was the birth of the digital curator because you would see these beautifully curated, cohesive Tumblr pages with reposts from different artists and blogs. As a creator myself, it drove me to use different tools and push boundaries.

I come from a background of carpenters and mechanics but I also grew up with digital tools. I was building websites at 14 years old, teaching myself Photoshop so that I could design web headers. At college, my mailbox was full of free CDs because I’d figured out how to use album reviews on my websites to get them sent to me for free. I was broke and couldn’t get CDs any other way. That was the impetus of it all — being 14 years old and figuring out that I could do anything with the Internet. I’ve always integrated digital tools into my work, and if I can’t achieve something physically, I’ll do it digitally.

‍When the galleries came calling, I wanted to make big pieces to hang in physical spaces. But a lot of my work is finished digitally, so I figured out ways to reverse engineer digital works into physical outputs, which has been very successful.

My work exists at that point between the digital and the physical. So I might collage on a regular scale, making a composition that I’m happy with, and then scan and perfect it digitally. After that I might enlarge the work and print it with a large-scale printer. Then I might cut out the pieces individually again and paste them onto wood panels. They’re very tactile, and I get everything really wet — collaging pieces onto the panel surface. Then, during the pandemic, I didn’t have access to large prints so I adopted a different approach using a $90-toner printer. This produced a whole new aesthetic that emphasized the digital nature of the work.

‍AE: Earlier this year, Aureia Harvey described the digital model on her computer as the “real” sculpture. Are you a born digital artist in that vein?

‍JD: In the end, the digital piece is what I’m going for, but I also love throwing physical work away. When I’m having a bad studio day and I’m not able to produce, I throw away so much of my physical work — people would think I’m crazy. But when I consider it in relation to your quote it definitely puts me more in this category.

‍AE: If I were to collect your work what would I receive?

‍JD: You would get an NFT and sometimes you would get a physical. I have many collectors with whom I’ve worked out deals for physical pieces. That’s a joy. In those instances, I’ll often document the entire process of making the physical by reverse engineering the digital. I also try to have fun with the idea of utility.

‍AE: What does that mean in practice?

‍JD: Utility is a silly buzzword right now. I didn’t start a Patreon for a reason — I didn’t want to be beholden to anyone. That’s not the freedom that Web3 is proclaiming. You get utility from being loyal and faithful. ‍All of my collectors so far have gotten free stuff in some form or another. I’ll send them a physical in the mail, for instance.

‍Now the market is: you have to go through me. That’s pretty unique. There’s no gallery that can get you that.

‍AE: The way you speak about utility makes it sound like you’re offering a bespoke service, offering single editions that are adapted to your collectors.

‍JD: Yes, I find myself to be more of the bespoke type in general, offering a personalized experience to the collector. In one instance, I created a panel according to the collector’s specifications. But I never really thought of it as utility because it’s rewarding for me as well. I like to have that relationship with a collector.

‍Any craftsman, whether they’re a leather worker or a blacksmith, will tell you that it’s special to create a personalized piece for someone — you imbue it with more spirit and treat it differently. But ultimately, it is utility.

‍AE: You’re one of the few people who makes physical outputs who has also been successful with NFTs. How have you managed that?

‍JD: I came into NFTs early, genuinely, and deliberately. As ever, I considered which of my work suited the format best.

‍AE: And which was it?

‍JD: It was actually the paintings that were received well on social media. I’d never been able to show them in a meaningful context before — for instance, on a large scale in a gallery. So when the opportunity came to sell digital works, it was great. I had arguments with people from the traditional art world because I really wanted to get a full spectrum of opinions before I dove in. It took a lot of restraint while I was seeing people make huge sales. But I think it all paid off.

‍AE: Do you have a gallery anymore, Jesse?

‍AE: Are you a gallery?

‍JD: Yes, I am. I sell out of my studio to collectors who approach me in the right way. But I’ve been panicking over the last couple of nights. Next year, I’m going to have a new solo show and the last few months I’ve just been super confident about using the freedom I’ve gained through Web3. But now it’s dawning on me that I’m going to have to do it all on my own.

Jesse Draxler’s influence has been felt far and wide throughout the digital arts since the early days of Tumblr. Over the course of his career, he has worked across the fashion and music industries, while contributing his singular brand of dimensionally fractured, stoic apparitions, and haunted, liminal environments to numerous major publications. He regularly exhibits in both online and offline space, and has attracted a dedicated collector base of diehard fans around the world. In 2023, Draxler will publish the second retrospective of his work in book form with Sacred Bones, alongside his fourth and fifth solo exhibitions. His work, Crash (2022), is released this week with Verse.