In Search of Lost Robbies

Kyle Waters offers a lesson in the art of data analysis, while mining in search of Robbie Barrat’s buried treasure 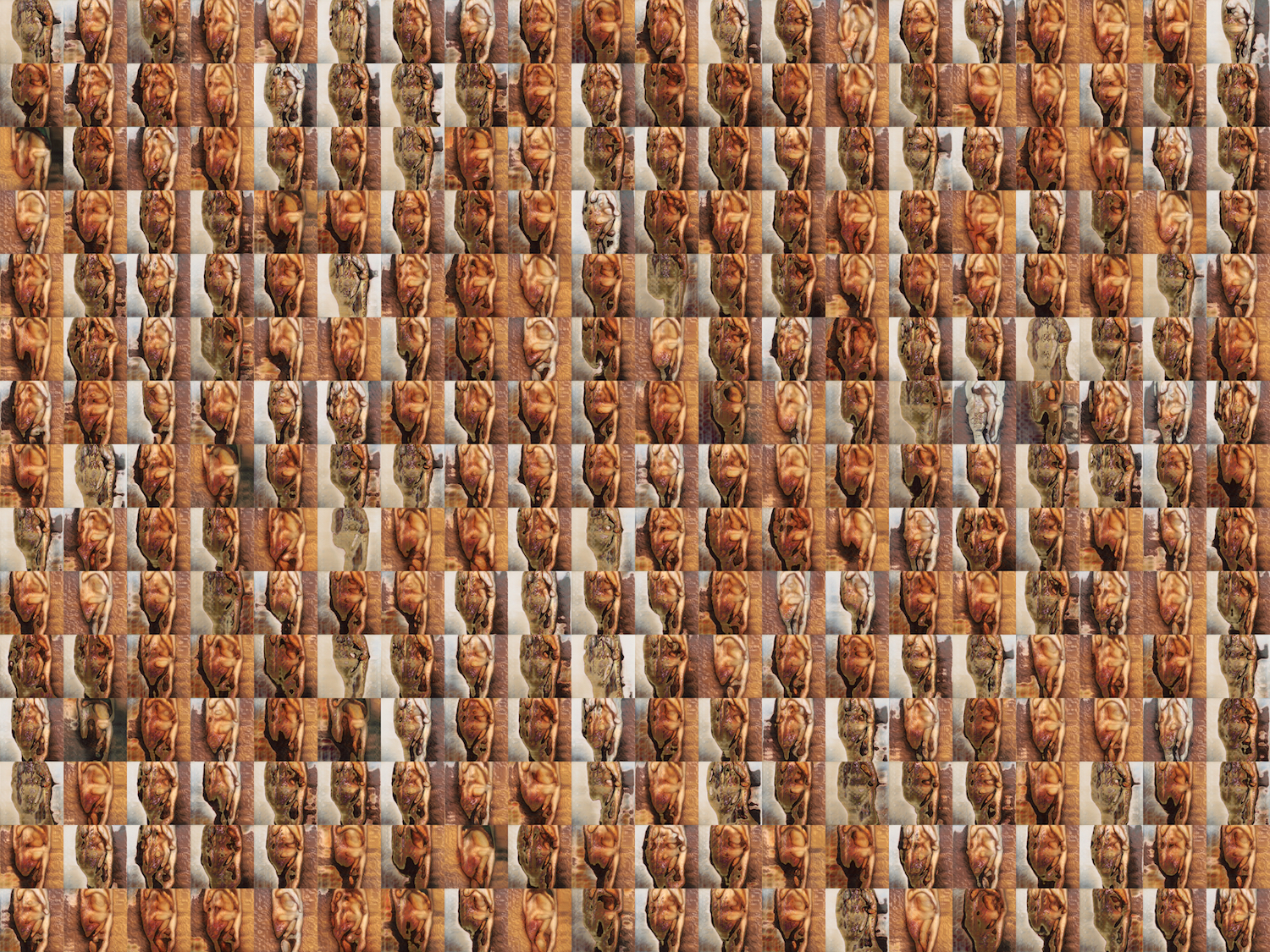 RCS recently revisited the story of the “Lost Robbies,” interviewing artist Robbie Barrat about his 300 AI-generated nude works minted on the marketplace SuperRare and gifted to the attendees of the 2018 Christie’s Art+Tech Summit. With Sotheby’s recent sale of AI Generated Nude Portrait #7 Frame #64 (2018) — one of the 300 original pieces — for £630,000, it’s clear that the legend has taken on a life of its own.

Barrat understandably has mixed feelings about the sale, given the historic dearth of analysis and lack of appreciation for the art itself. But it’s safe to say there remains universal intrigue around the story. So, how many of the Lost Robbies are truly lost and how do we know?

What follows is an exploration of Ethereum smart contract data, and a deep dive into one of the most fascinating stories in the history of crypto art. But it is also an attempt to show how data analysis can magnify the value and meaning of the art in question.‍

One of the defining properties of blockchains is permanence: Data stored on the blockchain (“on-chain”) will be available for as long as networks like Ethereum have participating nodes around to store it. Even in the event of bankruptcy or dissolution of a protocol’s founding membership, the underlying content is still available. There is, of course, no such guarantee for databases maintained by traditional centralized third parties, and I believe this is one of the merits of Web3.

An idealistic projection is that, one day, blockchains will underpin a fertile field of digital archaeology: Preserving cultural artifacts, stories, and social and economic activity. The NFT space is assuredly young but already has its own legends stamped on the blockchain for us to investigate. What might this sort of blockchain archaeology look like? Equipped with a modicum of programming knowledge, it is actually quite easy to access rich data on Ethereum. Note: If you would like to follow along and replicate this analysis, all of the Python code is available in this Jupyter notebook!

To start, we need a way to access Ethereum blockchain data. At its core, Ethereum is a distributed network of computers, known as nodes, that run software for processing Ethereum transactions and verifying blocks. Some of these nodes (called “full nodes”) contain the entire blockchain’s history.

Anyone can run a node if they have the hardware and technical know-how. Some enthusiasts do run their own personal nodes, able to access blockchain data independently. But given the technical complexity, many analysts opt to use “nodes as a service” or other providers offering optimized node infrastructure, with APIs that allow users to read and write to the Ethereum blockchain without having to run their own node. The benefit of “nodes as a service” is that they allow faster access to data through familiar infrastructure. But it comes at a cost to decentralization — users must rely on a third party and therefore a level of centralization and dependence. There are many different providers of nodes as a service, but here I’ll be using the provider Infura.‍

Every treasure hunt requires a map, and knowing what to look for on Ethereum starts with understanding smart contracts like that of SuperRare. Smart contracts are programs with functions and data stored on Ethereum. The main purpose of smart contracts is to execute decentralized application (dapp) program logic in a reliable manner. But another important component of Ethereum smart contracts are event logs, which announce what is happening on the blockchain in real time. Developers include event logs that are emitted when certain interesting things happen on the blockchain, like the creation (minting) of a new NFT or the transfer of a token’s ownership.

The genesis of any NFT following the ERC-721 standard is the “Transfer” event. So to locate the Lost Robbies, searching for transfer events on SuperRare is a good starting point.

Once we’ve collected all of the SuperRare transfer events, we can filter down to those transfers involving Robbie’s address in order to identify the 300 Lost Robbies: Token IDs 191 to 490.

The easiest way to tell if a Lost Robbie has been claimed is by tracking its movement on-chain. If the NFT has changed hands, then the original owner must have had access to the private key to access the address. This private key was hidden on the back of the card gifted at Christie’s original Art+Tech Summit, only to be revealed after scratching it.

I found that only 31 of the 300 Lost Robbies have changed hands and moved on-chain. The chart below shows a timeline of each of the transfers for the 31 works, as well as their current owners. The red dots represent ownership changes as reflected on the Ethereum blockchain. You’ll notice that three works moved as recently as February 2022.

Of course, it’s also possible that some of the original attendees have access to the private key but simply haven’t moved the NFT on-chain yet. This is a little harder to establish but one clue is whether the address has any recorded activity. If the address has sent transactions before, or holds a positive balance of Ether (ETH), then the owner is likely in possession of the private key. The addresses with zero transactions are very likely dormant.

For example, AI Generated Nude Portrait #7 Frame #8 (2018) has been claimed by SuperRare user @christensen, but they have not moved it from the original address on the card handed out at the conference. The address holds a positive balance of ETH, which is required to pay gas fees to interact with the smart contract and complete activities on the SuperRare marketplace like buying and selling NFTs. The fact that a unique SuperRare username was set is also proof that it has been claimed.

To set up a SuperRare username, the user would have to be in possession of the address’s private key. I discovered four additional Lost Robbies that meet this criteria:

Adding in these four Lost Robbies brings the total of works that have been claimed to 35 out of 300. AI Generated Nude Portrait #7 Frame #64, which just sold at Sotheby’s, brings the probable total of claimed Lost Robbies to 36, leaving 264 likely unclaimed or lost. A Sankey diagram helps to visualize this:

The following collage of all 300 of the Lost Robbies highlights the 36 works likely claimed in yellow, while visualizing the subtle variations of Barrat’s generative adversarial networks (GANs), through which the work was generated.

Given their place in the origin mythology of NFTs, the Lost Robbies will continue to provoke fascination for years to come. (As much is evident from the ongoing coverage of Bitcoin private keys prematurely sent to the dump.)

Yet despite the intrigue, we mustn’t forget the human heart of the story, especially when Robbie Barrat continues to make work which enchants and beguiles in equal measure. Indeed, we must continue to appreciate his art so that, when the next Lost Robbie is finally found, it will be all the more special.

Kyle Waters is a Research Analyst at Coin Metrics, a firm specializing in blockchain analytics and intelligence. He co-authors the Coin Metrics weekly newsletter “State of the Network,” alongside other long-form research content spanning the cryptosphere. He is a Data Science Contributor to ClubNFT and has been contributing to the art and technology blog Artnome since 2018.