Ulysses in the Metaverse 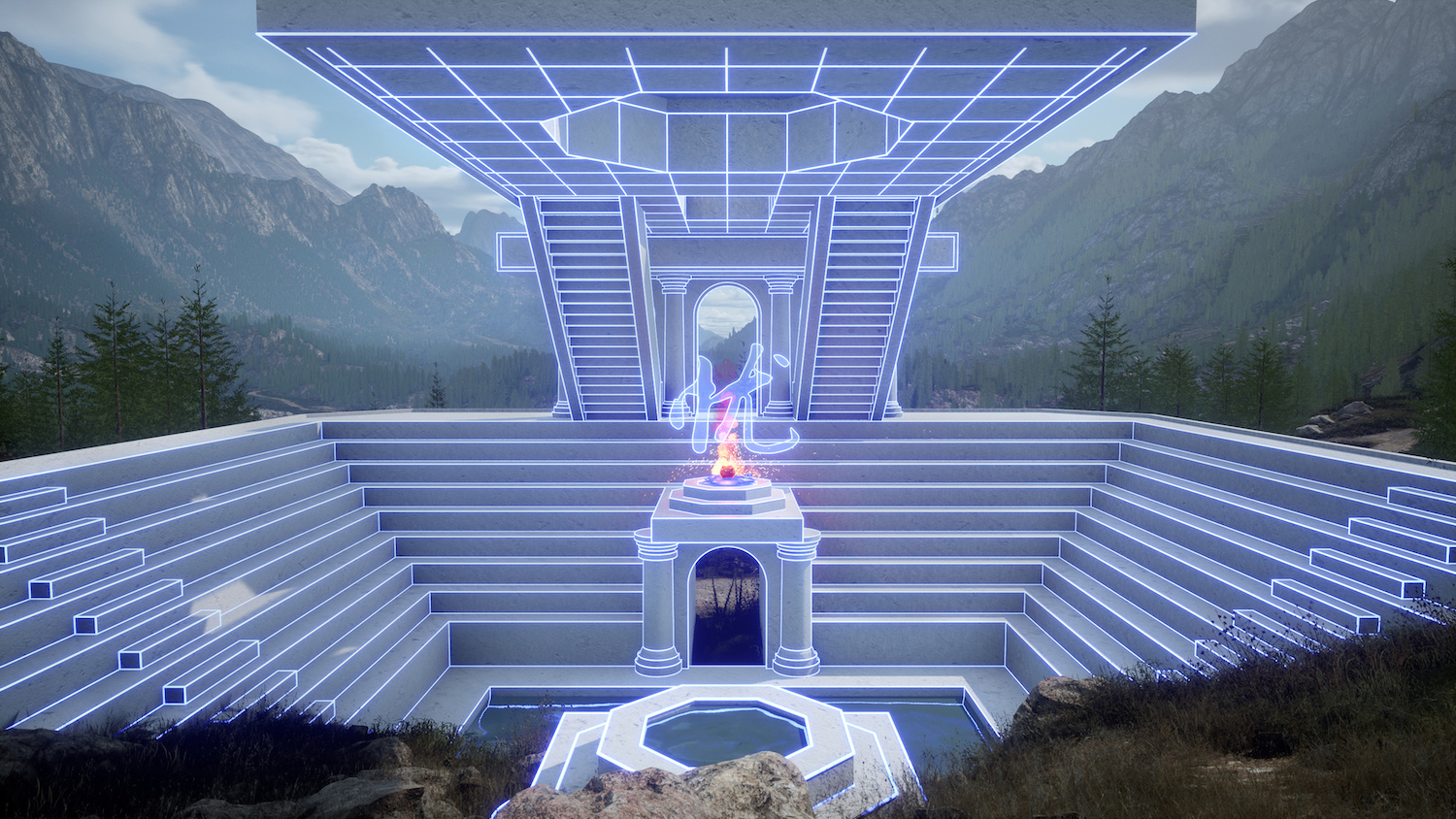 Stina Gustafsson: I feel free to roam here. After two years of the same numbing circuit, this is the only space that is new to me. Although I’ve spent years in front of my screen, these new streets have more allure than those outside my door.‍

aurèce vettier: I’ve also found myself wandering these metaverses without any specific intention, lulled by their enigmatic ambient music. Last year, I arranged a temporary exhibition in partnership with Exhibition Magazine and bem.builders. At the time, Origin City was partially erected, but the Milan district was only barren land.

Back then, anything was possible. And this prospect materialized in the form of temporary structures — potential constructions very similar to those found on the Greek islands.

SG: They appear like skeletons of a new society under construction; the foundations of a new civilization. But it’s hard to shake the feeling that we are destined to futures of solitude when we can walk for hours without seeing anyone, and when we do, we dare not interact. Despite sharing virtual space, the remoteness of our physical bodies maintains a disconnection. We are both present and absent, proximate and remote. Did you feel that loneliness when walking around?

Sara Friend, Eve and the Interface, 2021. Courtesy of the artist

AV: I did encounter others while roaming the empty streets: Other avatars and enigmatic specters. Then I met someone at the edge of the world, surrounded by sea and endless horizon:‍

It’s crazy to be here, isn’t it? Hello by the way! … I guess we should say “good evening” … What are you doing here? … I’m looking for a plot of land on which to build an art foundation.

The more sophisticated the technology, the more fragile the work it affords. Will these structures last longer than the Temple of Demeter on Naxos?

I hung around, entranced by the blue sea and slightly purple sky. I felt lofty, as though set back a dimension — at a fold in an empty world. It reminded me of Deleuze in Le Pli (“The Fold”):

The fold of the world is the fan or “I’unanime pli” (unanimous fold). At times the open fan makes all particles of matter, ashes, and fog rise and fall. We glimpse the visible through the mist as if through the mesh of a veil, following the creases that allow us to see stone in the opening of their inflections, “fold after fold,” revealing the city. The fan reveals absence or withdrawal, a conglomeration of dust, hollow collectivities, armies and hallucinating assemblies. [. . .] We can consider light and shadows as 1 and 0, as the two levels of the world separated by a thin line of waters…¹

It felt like hallowed ground fit for an online Odawara observatory. I had to resist the urge to acquire this digital wilderness and offer it to Hiroshi Sugimoto. But I didn’t have enough ETH in my wallet…

SG: Reality always prevails. I can’t shake the sensation of standing on hollow ground, as though supported on wire mesh. On one occasion, when I was out walking, I fell through the ground and ended up at the bottom of the ocean, stuck under an island. My basic humanity had evolved into something resembling a water creature.

In her book, One Place after Another (2002), Miwon Kwon addressed the physical grounding so fundamental to monumental public art of the past. But in the metaverse, weight and solidity feel compromised — heft and history in flux. Of course, alternative forms of public art exist that lend themselves more readily to virtual worlds.

In Mapping The Terrain: New Genre Public Art (1994), several prominent artists, critics and curators argued the case for untethering art from its site in order to ensure new engagement with its audience. For Suzanne Lacy, “what exist[s] in the space between the words public and art is an unknown relationship between artists and audience, a relationship that may itself [sic] be the artwork.”² Maybe this “unknown” is really a new geography and metaphor for the space we are currently constructing.

Community organization has become a pillar of Web3 culture — coalescing on Twitter and Discord in the absence of physical proximity. In this context, art has become a gathering point once again and the metaverse its natural surrounding. I just hope that public art here will be more than a sea of floating sculptures.‍

AV: Public art here seems to me an almost impossible concept. Of course, we can imagine decentralized organizations (DAOs) voting, collecting funds and commissioning artists to create works fit for virtual worlds. But these are worlds entirely without “public space” as we know it. To build something here, you either have to own a plot of land or obtain permission from its private owner.

A few months ago, we were offered building rights to a plot in Cryptovoxels, and we started building a Florentine Brutalist cathedral in the Poneke district. As one does.

One night, a number of passersby approached us, curious to understand our project, which included a digital exhibition. Freed from the constraints of time, gravity and social convention, we installed our works and welcomed our first visitors.

There was only one problem. An adjacent plot comprised a large, smoking, voxelized cigarette — a potent image that, despite the quality of its design, somewhat limited the contemplative vision of our space. We resolved to erect a wall of digital plants between the sculpture and our Brutalist cathedral. A few minutes later, we received a visit from the owner of said voxelized cigarette:

Your plant wall prevents me from exhibiting my cigarette globally. I would like my visitors to be able to perambulate it. Could you remove it?

“No.” We responded. The cigarette manufacturer didn’t own our land, nor the seed phrase of the wallet containing it. There is no Court of Justice in the metaverse to preside over property disputes. Their only recourse was to start circling us furiously, flying around us, insistent.

But we resisted. A flaneur has the right to hold their position. A few hours later, an even bigger wall emerged, built by the cigarette voxelizer to block out the sun.

Today, none of this exists and gentrification has replaced the cigarette with an elegant gallery of rotating voxelized masks.

I long for those heady days of experimentation. ‍

SG: Experimentation is all very well, but it also demands space for reflection. We already had museums and galleries in Second Life. The metaverse may be a constant state of flux, but it blinds us to the reality of history reiterating itself. ‍

AV: We’re always at risk of reiterating. It reminds me of the legend of Pico della Mirandola, the Renaissance philosopher who may have been the last human to have read every book, to know “everything.” Is a lifetime enough to visit all of the metaverse?

SG: Probably not, since its vastness continues to expand. But then maybe places in flux are more suited to the art of evolving communities. As sites get less specific, maybe interventions become the new media. On the other hand, divorcing art from its history means we cannot claim that what we are creating now is any better than what came before. By the community, for the community. Isn’t that just the emperor’s new clothes?

‍Stina Gustafsson is an independent curator and art strategist specializing in digital narratives and the development of the art world through nascent technologies. She leads the art initiative for the Department of Decentralization and also collaborates with the Museum of Contemporary Digital Art (MoCDA) and Kristianstad Art Gallery, as well as the artists Hito Steyerl, Arvida Bystörm, and Sebastian Schmieg. She is currently based in Copenhagen.

‍aurèce vettier is a studio founded by Paul Mouginot in 2019, aiming at understanding how relevant and meaningful interactions with machines, algorithms, and craftsmanship techniques can be achieved, in order to push the boundaries of creative processes.

Launching as the first fine art NFT project on the Solana blockchain and powered by Metaplex, “Nepenthe Valley” is a virtual world by simulation artist Lawrence Lek 陆明⻰ centred around themes of healing, restoration and exploration. Presented by HORIZONS — a commissioning platform exploring NFTs and the Web3 space by new media collective SO-FAR and virtual gallery AORA — “Nepenthe Valley” will launch at Art Dubai on 9 March 2022 and run till Singapore Art Week, January 2023.

Sarah Friend is currently participating in the exhibition “NfTNeTArT,” running from 19 February till 12 March, 2022. The exhibition has been developed in cooperation between panke.gallery and OFFICE IMPART and will be shown physically in both spaces and digitally at jpg.space. Supported by ZORA. 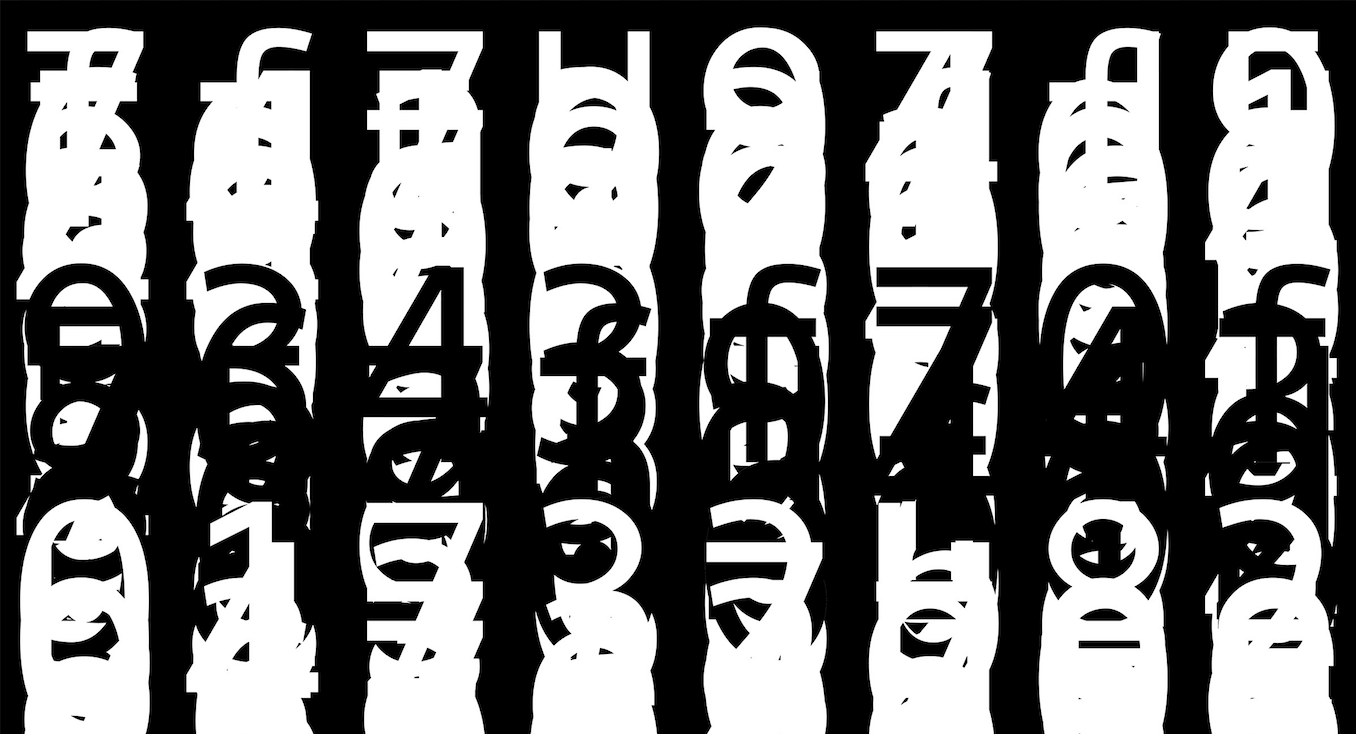 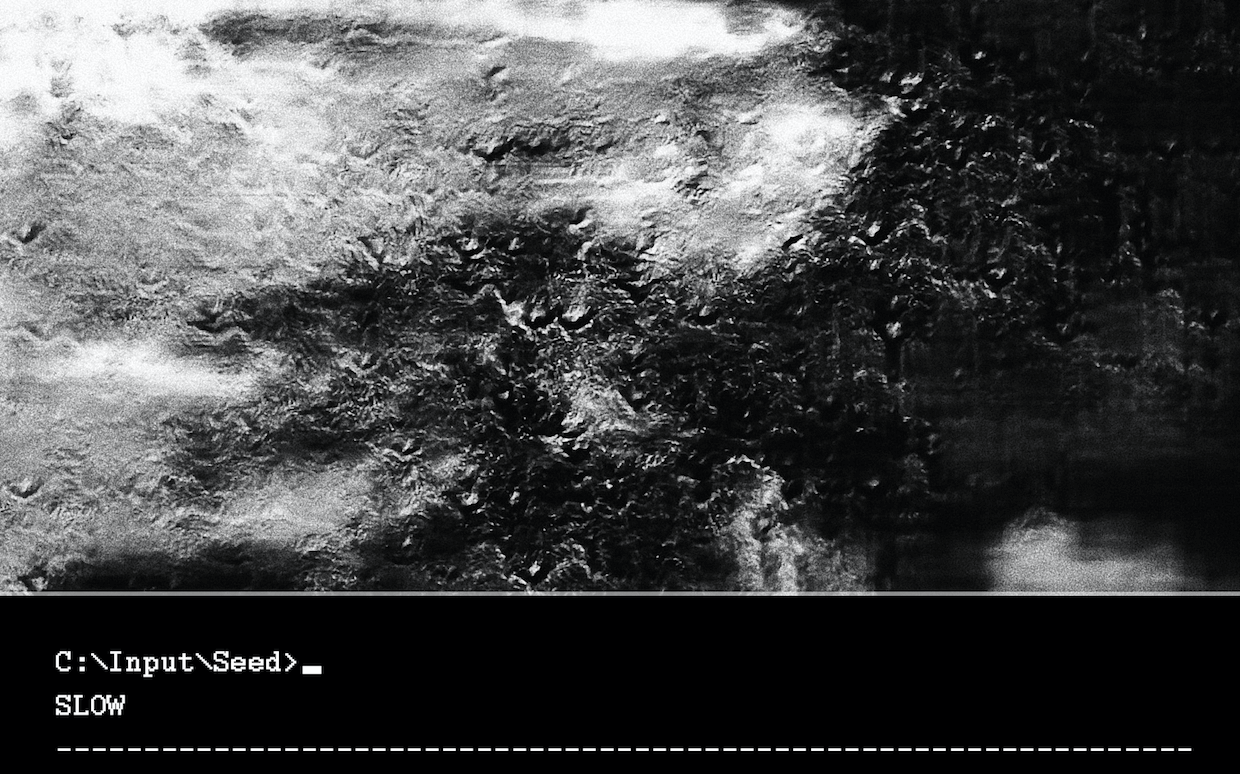