Who Owns the News in Web3? 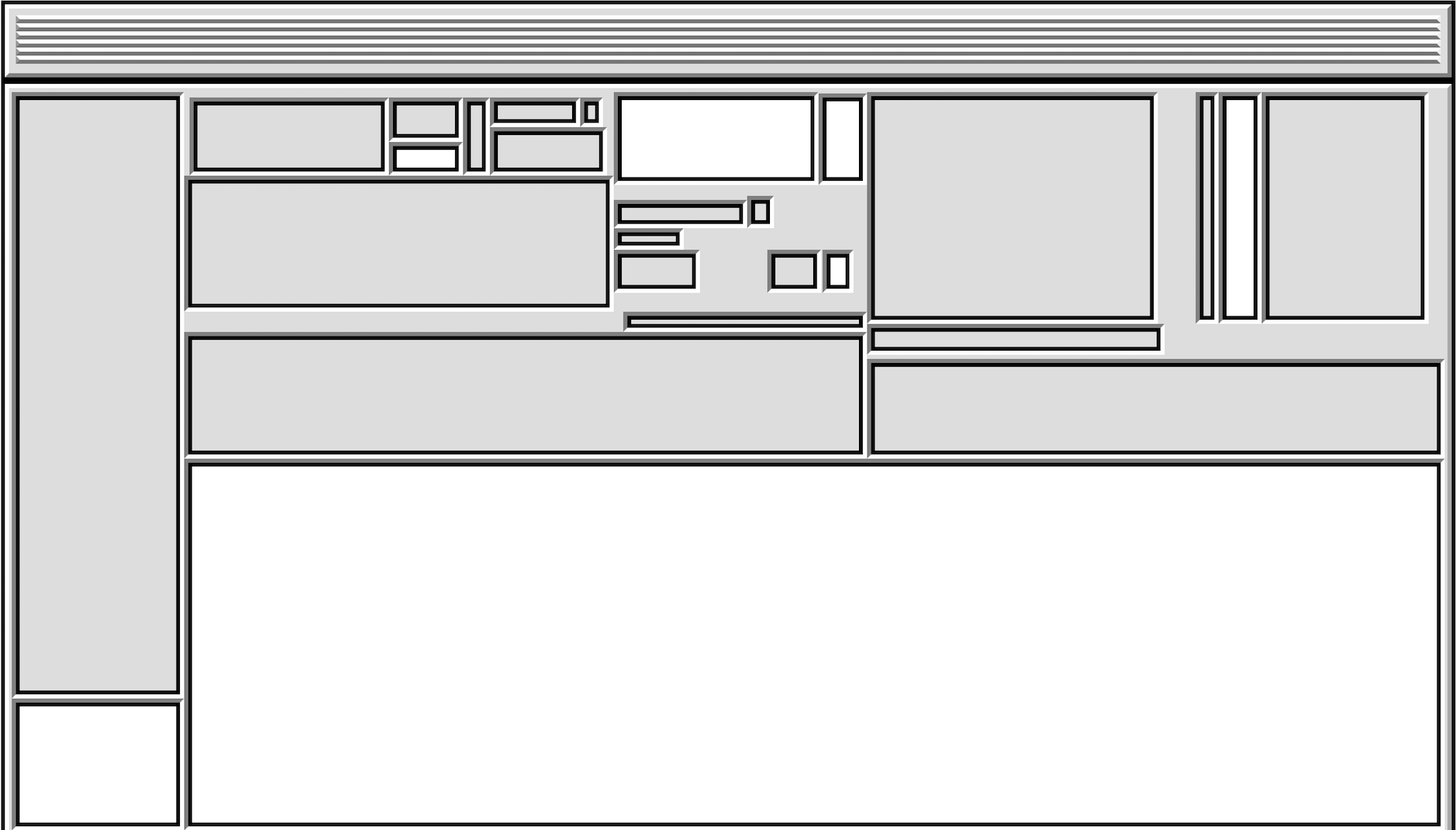 As a reporter myself, I’m familiar with the notion of journalism as a dying trade. Today, people don’t want or need to pay for news any more, so it lacks the foolproof revenue model it once had. Newsrooms are closing, or at least shrinking, with employment falling 26% between 2008 and 2020. Today, dogged reporting is giving way to cost-effective clickbait.

‍But in Web3, news need not be a race to the bottom.

Journalism isn’t “dying” for any lack of need, but the art of journalism is changing. A lot of this is down to infrastructure. Web2 did a lot for journalism, opening new avenues for investigation and communication. Information that once took hours to access is now close at hand, and, if you’re schooled in open-source intelligence techniques, is often of staggering quality. Conversations that once took place down the pub now play out online, allowing reporters to mine them for hints and sources. Web2 also gave many would-be writers a platform. Thanks to social media and internet blogging, anyone can share their story whenever they want.

But the centralization of global networks, under the auspices of Web2 monopolies, has also produced a global circuit of surveillance and data capture. This has paved the way for changes to who owns the news, at least in the narrow sense of who makes money from it. Alongside income from sales, newspapers used to be the space for advertising. Today, the majority of readers get their news online, often via sites like Google, Twitter, and Facebook, that curate a wide but shallow news experience — aggregating different types of journalism from different places and publications.

‍We don’t pay for these sites because, in Web2, we are the product.

In principle, Web3 stands to alter this power dynamic. However, in a world in which over 70% of ad spend goes on digital, Google and Facebook still claim 60% of global business outside of China. With Amazon claiming a market share of 9%, that leaves approximately 30% to be fought over by traditional media organizations. Put another way, newspaper ad revenue in the US has plummeted by 62% in the last ten years. The current situation would be more equitable if large tech platforms were actually involved in the production of journalism. Yet they don’t contribute financially to supporting the kind of painstakingly researched reporting that preserves a world apart from fake news. Today’s media outlets and tech platforms exist in a deadly embrace, with the former doing the bulk of the work (or at least those that are actually committed to journalistic integrity) and the latter reaping the bulk of the rewards.

Up to now, it’s made sense for media outlets to band together, bulking up as media conglomerates to stand a chance of rivaling the tech giants. The UK is a case in point. Right now, only three companies — DMG Media, News UK, and Reach — make up 90% of the national newspaper and online market. But this concentration of ownership, while safeguarding jobs for journalists, brings problems of its own. Aside from its consequences for working conditions, it also threatens the neutrality of the press and its ability to serve the public interest.

A truly “free” press is a cacophony of voices, not a small number of individuals with megaphones.

As a result, there is currently an appetite for tighter regulation and policy intervention. The UK plans to follow Australia and Canada in forcing tech companies to pay news outlets for the content from which they profit. Its new regulator is designed, in the words of digital minister Chris Philp, to “level the playing field” and “generate lower prices, better choice and more control for consumers while backing content creators, innovators and publishers...”

A majority of news sites now adopt some form of paywall, while platforms like Substack are a testament to the public’s connection to individual writers and willingness to support them independently. But this appetite for paid reporting and comment skirts the larger question — one magnified by Web3 platforms like fx(text) that allow writers to tokenize their articles — of whether a new ownership economy can really produce a “healthy” media ecosystem.

For Victor Pickard of the University of Pennsylvania, “The lazy version of the argument is that ‘the internet broke journalism.’ While there’s some truth to that, journalism’s original sin is the ascendancy of commercialisation, which began in the late 1800s.” In an interview with Popula, he argued that “the ad-dependent, profit-driven press system has always obfuscated the public-good nature of journalism — especially the positive externalities that the market typically doesn’t account for and doesn’t support.” The recognisable face of this is public service broadcasting, exemplified by the BBC, which is funded via a yearly license fee. But enshrining journalism as a public good, protected from the hegemonies of tech capitalism, might also involve the creation of an independent media commons with “democratically-controlled public resources.” For Pickard, one solution to the problem of monopoly journalism is “a public media center in every community.”

But what about Web3 technologies that make a media commons infinitely quicker, easier, and more watertight?

‍Maria Bustillos is founding editor of Popula, a publication that forms part of The Brick House Cooperative. Designed, owned, and operated by journalists, Brick House experiments with blockchain-based publishing innovations, while Bustillos herself has been writing about blockchain since 2013, including recently for The New York Times. Casting her mind back to the dawn of the Internet, she recalls:

‍I had ridiculously utopian notions, McLuhan-esque notions of what the internet was going to be able to do for people. Some of those were not false; it didn’t completely break. We still have the internet archive. We have Wikipedia, Wikimedia Commons, Flickr — all these vast repositories of knowledge and information that are available to anybody with a web connection.¹ ‍

It’s easy to have similarly utopian expectations of Web3 — that the blockchain will ignite citizen journalism through its inherent decentralization, with the NFT giving ownership of ideas back to the individual. But the reality of this new “creator economy” is that it is rapidly becoming another platform economy. According to Paul DiMaggio of Princeton University, “technologies don’t change us. They provide affordances [...] that allow us to be ourselves, to do the things we like or need to do, more easily.” The reality is that the same rules apply to Web3 as they did to earlier iterations of the Web:

‍…to what extent it develops into some combination of conventional entertainment medium and instrument of political domination — will depend on both economic incentives and public policies that structure the way those incentives operate. (Paul DiMaggio)

From a journalistic perspective, blockchain technology is significant because it allows us to monitor the parties involved in a story — from writers to sub-editors to host publications — in perpetuity. Via tokenization, we can also tie an article to its owner/s and establish conditions for that ownership via smart contracts. MediaVerse, an EU-funded project focused on fostering collaboration between media creators while maintaining intellectual property rights, will rely on smart contracts to configure complex licensing arrangements.

In contrast to Web2, which automated the extraction of value from cultural producers, Web3 in principle reconfigures the creator’s rights as well as their right to be compensated for their labor. It also streamlines the process whereby creators can monetize their work and grow their own micro-communities without third-party involvement.

In this sense, Web3 marks a new phase in the “Substackification” of media, which developed in Web2 partly in response to legacy media outlets that were perceived as being no longer fit for purpose.

The centralized architecture of social media platforms has also distorted meaningful citizen journalism by valorizing fake news over nuance. This logic, whereby users are progressively siloed and splintered according to an insidious form of groupthink is inverted in Web3, which reimagines the passive user as an active owner-creator. The new ecosystem also undermines the previous logic whereby tech giants benefit disproportionately, and parasitically, from the news stories drawing all the eyeballs to their platforms.

Yet despite this changing climate, core issues of fact-checking and the policing of abuse will need to be addressed if Web3 isn’t simply to add fuel to our informational dumpster fire. In a Web3 world that financializes the word, it is hard to envisage the divorce of journalism from commercialism. On the other hand, the vision of a media commons — “a collective resource sustained through the active participation of those who rely on it” — is conceivable as a DAO (decentralized autonomous organization). Can Web3 embed the kind of democratic decision-making, resource distribution, and shared ownership that a commons demands? Time will tell, but the technology is now in place to achieve it.

Transparency is also a by-product of the blockchain, which, as a distributed ledger, can act to prohibit censorship by national authorities that would prefer to keep certain information out of the public eye. At the same time, it reinforces the permanence of our own digital footprints. With the blockchain, thoughts and behaviors that were once private or encrypted are now recorded online for posterity to mine. It also threatens to certify fake news as honest truth like never before. Thankfully, there are a number of blockchain-based platforms currently working to prevent such an outcome. JournoDAO is one example, set up to onboard writers and monitor innovation in Web3 journalism. One of its founding members, Crystal Street, is an award-winning documentary photographer who sells her work as NFTs on Foundation. Over Zoom, she elaborated the principles behind JournoDAO:

‍One of the big missions that we’re on right now is really trying to help journalists understand the difference between Web2 and Web3 and why it is important for them to hop over to this decentralized ecosystem that we’re building out. [This is] so that they can maintain their ownership of that work, and create some autonomy outside of corporate consolidation and all of the other nefarious things that happen in major mainstream media outlets these days.²

‍Other exciting projects include Mirror, a decentralized blogging platform that allows writers to mint stories as NFTs for free and split the proceeds; Unlock, described by Street as “a protocol that allows you to build an NFT that also has a membership component within it”; and Paragraph, a newsletter platform that allows creators to own, foster, and interact with their reader communities without a middleman. Paragraph also incorporates token gating as a means of rewarding token holders with access to writers, exclusive content, event tickets, and so on. For Bustillos, token gating is “a completely new means of cultural connection,” with new affordances like micro-tipping that help to elevate discourse and disincentivize trolls by charging a tiny amount to leave a comment.

For Mack, another member of JournoDAO: “[Web3 is] objectively and obviously better than what we have. Your other choice is to let Facebook and other platforms continue to eat the world and destroy local journalism — meaning we fall further into polarization.”³

Florence Wildblood is a journalist specializing in media and corruption, primarily for Byline Investigates and Expose News, where she researches histories of criminality in the tabloid press. You can follow her on Twitter.

Jan Robert Leegte is currently exhibiting at panke.gallery, Berlin until January 21, 2023 and at the Kröller-Müller Museum, Otterlo alongside Harm van den Dorpel until April 2, 2023.