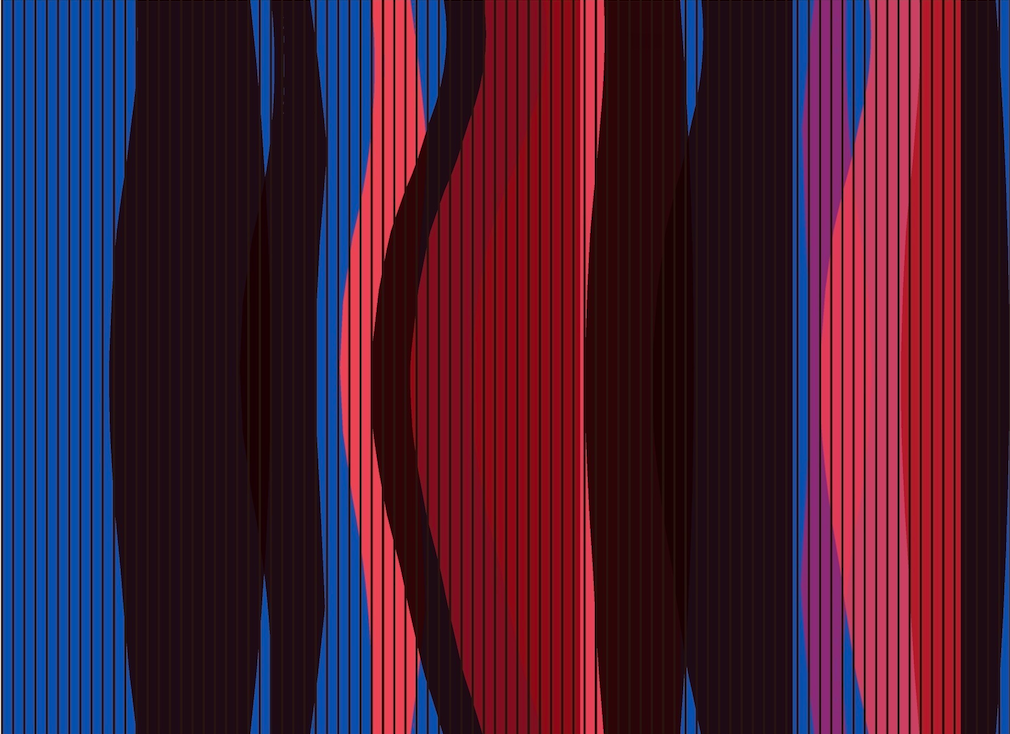 The painter and architect Anna Beller burst into Web3 in the summer of 2022, minting abstract, minimal works on the Tezos blockchain. Collectors promptly took notice, with the artist amassing her own cult following at a moment of surging interest in generative architectures. Beller’s experience of computer-aided design (CAD) means she is comfortable operating across analog and digital media, which helps to explain why she has found success where other painters have struggled. Here, she shares her artistic journey with Danielle King. ‍

Danielle King: Could you tell us a little about your background as a traditional painter and trained architect? What brought you to digital art and Web3?

‍Anna Beller: I grew up in an artistic environment in Berlin. My father was a talented architect, so my decision to study architecture was not surprising. In the past, I’ve been employed in Switzerland and the UK, working on individual projects and competitions that required fast-paced design and the testing of multiple variations. But, on the inside, I’ve always known that I’m more of an artist.

It was the birth of my first son five years ago that led me to take that inner vision more seriously — I went to an art academy and rented a studio. The COVID lockdowns, coupled with having a second child, brought me closer to Instagram. That has since has become a huge inspiration and tool for communication where I see my practice resonating. As a follower of Amber Vittoria, I’ve seen her beautiful minimalist drawings selling as NFTs, and I like the idea that there is something new and revolutionary coming to the art world.

Why shouldn’t real art exist in the digital space? Art doesn’t necessarily need a canvas or a wall.

A lot of art merely exists in our brains and, for some, it’s like a religion. But because of my background in architecture I was already familiar with digital drawing tools, so there was probably less of a barrier to entry than for other traditional painters.

‍DK: Which artists, traditional and/or digital, have most influenced your work?

‍AB: With my analog paintings I’ve been experimenting a lot with the processual “soak-stain” technique of the American abstract expressionist, Helen Frankenthaler, and the more minimal Morris Louis. Katharina Grosse has also influenced me a lot with her powerful paintings layered with rhythmical color — you might see that influence in my initial iPad sketches.

Alongside Amber Vittoria, the graphic works of Jerry-Lee Bosmans were the initial inspiration for my digital approach. Of course, I’m probably influenced by many digital artists on a subconscious level — I love a lot of generative art and many of my peers collect my work.

‍DK: Your genesis project on the Tezos blockchain, “Circle Studies,” investigates shape and color, with a nod to the Bauhaus. Much of your work since then has continued to develop such themes, exploring geometry — stripes, waves, triangles, rectangles, etc. — in a minimal style. More recently, however, your “Sketchbook” series has been a departure, with a more fluid and painterly feel — can you discuss this progression?

‍AB: I think these different approaches reveal different sides of me. For the past few years I’ve worked across architecture and painting. The fact that I’m also a mother of two may explain my playful and direct approach to producing art, which shares a child’s lack of fear. My large soak-stain paintings free me from the neatness of my digital architectural drawings. They are totally intuitive. I work mostly on large, unstretched and unprimed canvas on the floor and do a lot of material research. At the beginning of my NFT journey in June, I didn’t really know what to show as an NFT. I didn’t only want to photograph my paintings and sell them as NFTs, so I started experimenting with CAD (computer-aided design), testing geometric ideas and variations.

My “Sketchbook” works are some months older than my other geometric NFTs. In fact, I wasn’t sure if I should show them at all as they felt a bit private and I didn’t want to confuse collectors. But then “Sketchbook 1” became my most successful project so far. I was overwhelmed that people in this space understood my identity as a painter. Sometimes, these works are a complete sketch, and sometimes they are only a cut-out, but I always add the same fine digital pattern on top to build some texture. Overall, it’s a more emotional and energetic approach than the geometrical work — a test of material, application, movement, and rhythm.

‍DK: Has minting works on the blockchain changed your creative process? If so, how?

‍AB: Yes definitely, this is all still an experiment. For the past three months I’ve been concentrating on digital drawings and recently started making iPad sketches with the appearance of paintings. I wouldn’t have taken that step without NFTs. My NFTs started selling properly in August, just after we’d moved house. The chaos and dust of our construction site has forced me to escape to my neat digital drawings. Geometric work can be so calming, sometimes it’s nice to follow a good clear thought, so I will likely continue with further geometric series too. But hopefully I will be back in a new studio soon and that will likely prompt a change in my paintings.

‍DK: What have you found to be the advantages for artists creating and selling work on the blockchain instead of in the traditional art world? Are there any disadvantages?

‍AB: There are many revolutionary advantages, including a reduction in costs, time, and materials. I can also reach a new generation of younger collectors with less of a burden to buy art. I love the social aspect of sharing editions as well as the royalties, which are genuinely revolutionary.

I think many artists receive a creative boost once they start selling NFTs. You don’t need to be represented by a well-known gallery, which so many artists struggle with. I like having the ability to curate my own work and that of other artists.

That said, one has to be careful not to spend too much time in digital spaces, lest one disconnect from physical work. It’s easy to get lost without mentoring and official rules. It’s also important to experience art in museum spaces.

‍DK: How have your friends and colleagues from the mainstream art world received your digital artwork? Do they understand and support what you’re doing? Have you successfully onboarded any fellow artists or collectors into Web3?

‍AB: Some of them don’t know about my digital work yet, but those who do are not surprised because I’ve always adopted a very experimental approach.

It’s great that both of my backgrounds have melted together.

But to most people, I have to explain NFTs — nobody really has a clue. I think you only really understand what minting means when you do it for yourself, but many artists and collectors don’t take the time needed to get into it. I’m sure that everything will get easier as NFTs become more mainstream and people understand that an NFT is just a tool.

‍DK: What are your hopes for the future of the Web3 ecosystem?

‍AB: I believe in the organic processes that operate on Web3, which can be a working tool to bring about change. But ultimately, we must not only buy and consume NFTs passively, we have to care about the wider environment through which they circulate.

Anna Beller is an experimental painter from Berlin who currently works in Hannover. She experiments with color relationships and its transparencies via soak-staining. Drawing on her architectural background, Beller recently developed an NFT series of geometrical artworks, while also photographing and minting her painting-sketches.

‍Danielle King is the CFO/COO of ClubNFT, and the former manager of the Department of Painting and Sculpture at The Museum of Modern Art, New York.