Casey Reas on the Art of Code 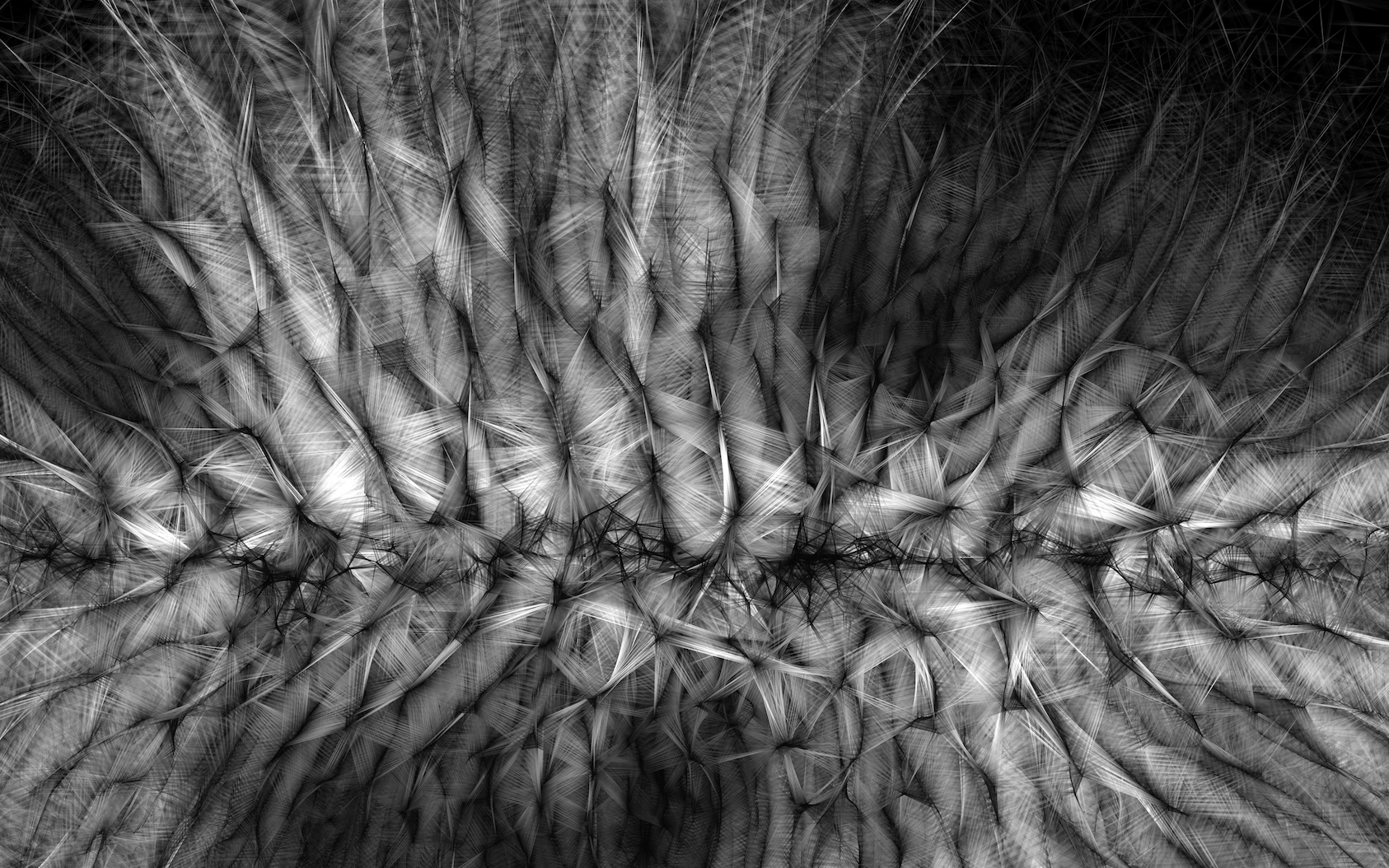 A new exhibition on Feral File titled, “Ecotone,” celebrates the emerging digital geography in which artists and engineers increasingly collaborate. Feral File’s co-creator, Casey Reas, has done more than most to shape this new paradigm of hybrid creativity. A Professor of Design Media Arts at UCLA, Reas is also the co-founder of Processing — an open-source programming language and environment that has spawned a generation of creative coders. Here, he shares his thoughts on code, community, and the new media ecology with Stina Gustafsson.‍

‍Stina Gustafsson: The close proximity between engineers and artists is central to the exhibition, “Ecotone,” launched recently on Feral File. How do you see the concept of the artist-engineer developing in the future?

‍Casey Reas: There are so many ways forward. Some artists really are true hybrids. They have deep technical, conceptual, and craft skills. Some artists work best with a single technical collaborator. Working in larger teams is also an excellent model for realizing projects at scale and bringing together more areas (e.g. a synthesis of sound, performance, architecture, image.) My own path is to mostly code my own work, but I sometimes commission a specific element of code that’s beyond my current skills. When I work with sound, I bring in a collaborator because I don’t have depth in that domain. I love to collaborate; it always pushes me into new territory.

The idea of the hybrid artist-coder has changed over the decades as financial and technical accessibility has increased. ‍

At one point, creating art code required a computer that cost hundreds of thousands of dollars and years of technical training to operate. This was the era of artist-engineer collaboration sponsored by organizations like Bell Labs and E.A.T. in New York in the 1960s. Also, academic systems forced people to choose art or technology. Artists who were curious about coding needed to enroll in computer science classes. That only worked for a few people. New academic programs and new approaches to teaching computer science have opened the doors for the change we see today.

‍SG: Artists exhibiting on Feral File are now able to mint on Tezos. How important is it for Web3 platforms to be blockchain agnostic and how do you see Feral File continuing to grow in the coming years?

‍CR: At its core, Feral File has a set of Artist and Collector Rights and goes beyond a specific blockchain. Feral File is committed to its artists through the blockchains they want to use. We started on the Bitmark blockchain and now we’re thrilled to be minting on Tezos. We’ll also be minting on Ethereum post-Merge. Moving forward, the curator and artist for each exhibition will select the chain they want to mint on. We’re focusing on our contracts and having them work across marketplaces and different chains to automate secondary sale payments for the artists who work with us. As things change, we plan to add support for other blockchains. We’ll follow the artists.

‍SG: NFTs have marketized digital art and drawn attention to a new wave of generative artists. You are a major generative artist but also a leading advocate of open-source code. How do you see the future of code as a public good?

‍CR: I’ll make a comparison to music. The code is like the score and the images produced by the code are analogous to the performance of the music. In music, studying the score is a way to understand precisely what the composer is doing and how they think. This is different from listening to music. But someone interested in preserving and studying music will want access both to the notation and the performance.

With generative art created with software, the code is the record of what is happening. It contains the details of the world the artist has created.‍

Having the code available is a wonderful way to deep dive into the world of the artist and to explore the work further. As we’ve seen too many times in the last two years — indeed, for decades — people often use code without the permission of the artist to make works that are too derivative. This is awful, but I also feel it’s not unique to digital art. The more traditional world of paintings has been plagued by this for centuries, but in a different way.

With a coding system like Processing, for example, there are different ways we make code available for artists and learners. In the software Reference, we have extremely minimal code examples. Our Examples section covers topics like Shape and Color with more rounded examples. The most difficult thing about learning to code, in my experience, is putting all of the pieces together to engage with your specific ideas. No single code example can help with that; it usually takes years.

‍SG: How has your relationship with software changed over time?

‍CR: I’ve shifted from a person who played and worked with software to someone who writes and dreams software. I didn’t really learn to create my own software until I was in my mid-20s. I found that I wasn’t able to learn on my own so I started taking extension classes at NYU. It took me years and a ton of patience from my friends to become fluid writing code. Once I was over the first hump, I was able to grow and learn quickly.

I co-created Processing back in 2001 specifically to create a new path to learn how to code within the visual arts, to make the whole process more direct for creating images and animation with code.‍

‍SG: The concept of code as an art form has grown in recent years. But generative art is often visually seductive. What is the importance of the visual and non-visual elements of your work?

‍CR: I feel the source of generative art is the history of art in the 20th century, rather than the history of artists using computers. Generative art relies on the interderminancy pioneered by artists like Jean Arp and Marcel Duchamp. It relies on happenings and performance systems by artists like Allan Kaprow and John Cage. It needs artists exploring language like Yoko Ono and the OuLiPo group. It sits on top of conceptual art pioneered by Joseph Kosuth and Sol LeWitt. Equally, kinetic art and experimental video are strong sources of influence. I think generative art that is optical circulates well right now, but the history and future is more than purely visual media.

Generative art needs to rely more on its conceptual origins as well as the potential for integrating motion, significant change, and sound.‍

SG: Community is highly prized in Web3 with many artists collecting work by their peers. What are the long-term implications of the artist as a collector, let alone the artist-coder?

‍CR: This is an amazing question about artists-as-collectors. I’ve certainly experienced it with our shows at Feral File and I’ve become an active collector only within the last two years. We promote it actively at Feral File because every artist in a group exhibition receives an edition from every other artist. That’s the core of what we do. We make larger editions so there are more available for collectors. With some recent exhibitions on Feral File — for example, the p1xelfool solo show — other artists were the strongest advocates of the work and also the majority of the collectors. The community element of Web3 is comfortable to me because of how I’ve grown through the open-source Processing community. I’m personally here for the art and the people. I don’t know where it’s going, but my way is to build things together in an open and collaborative way.

Casey Reas is currently showing as part of the exhibition, “In Our Code,” at Unit London, which runs until 16 October 2022. The exhibition, “Ecotone,” continues on Feral File, celebrating the work of the Glitch community of artists and technologists.‍

‍Casey Reas is a software artist and Professor of Design Media Arts at UCLA. In 2001, alongside Ben Fry, he co-founded Processing, a free, open-source programming language and environment for artists. He is also the co-creator of Feral File, an online platform for exhibiting, selling, and collecting digital art. He holds an MA in Media Arts and Sciences from the Massachusetts Institute of Technology and a BA from the College of Design, Architecture, Art, and Planning at the University of Cincinnati. Reas’s software, prints, and installations have featured in numerous solo and group exhibitions at museums and galleries in the United States, Europe, and Asia. His work ranges from small works on paper to urban-scale installations, and he balances solo work in the studio with collaborations with architects and musicians. His work is included in a number of private and public collections, including the Centre Pompidou, Paris and the San Francisco Museum of Modern Art.

‍Stina Gustafsson is a curator and art strategist specializing in the development of the art world and cultural workforce through nascent technologies. In 2018, she co-founded the art research department for the blockchain foundation, Department of Decentralization (DoD). Together with DoD, she has co-authored two reports, “There is No Such Thing as Blockchain Art” (2019) and “Wanderer Above a Sea of FUD: Cultural workforce, crypto-anarchism, intellectual rights, and blockchain-based funding models for culture and arts (2021). She also collaborates with the Museum of Contemporary Digital Art (MoCDA) and Kristianstad Art Gallery, as well as the artists Hito Steyerl, Arvida Bystörm, and Sebastian Schmieg. She is currently based in Copenhagen.