After integrating with ClubNFT, fxhash’s founder speaks with Fffflood about the need to safeguard generative art 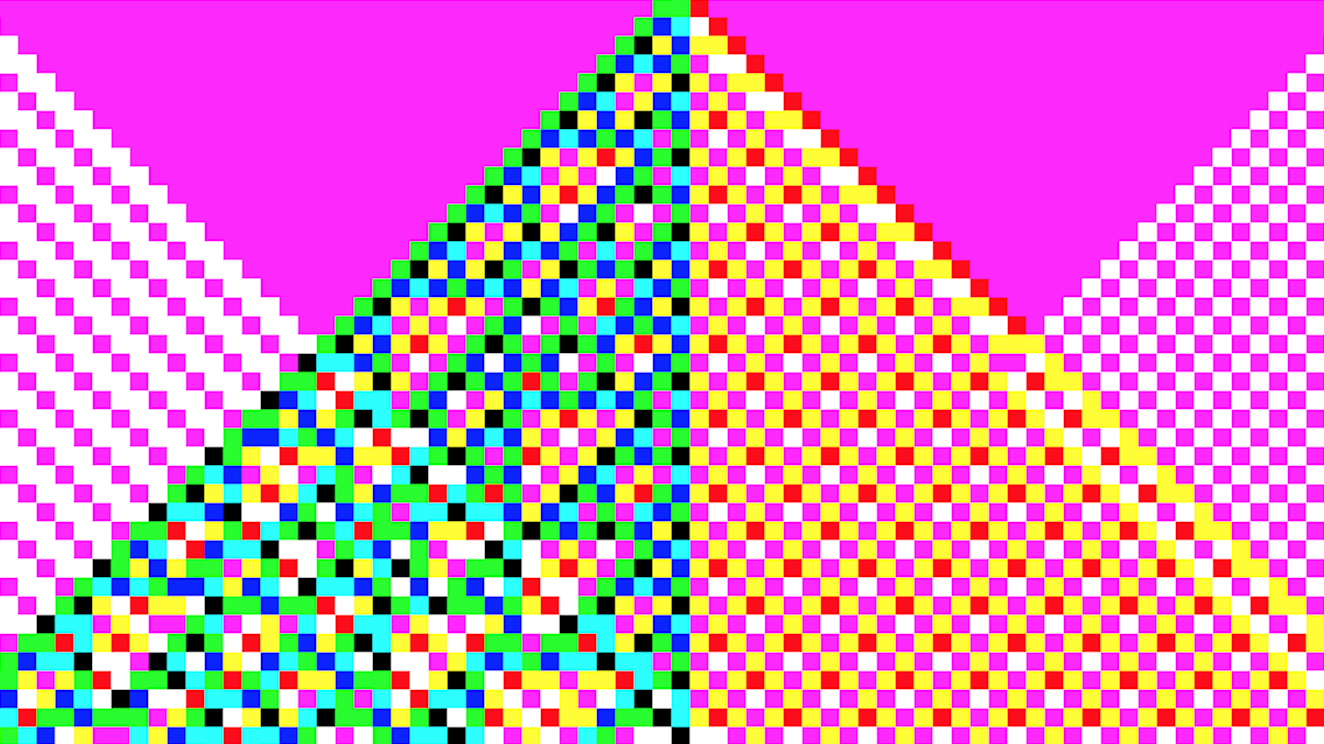 Fffflood: Since we met at Proof of People, fxhash has released a number of new features, including a partnership with ClubNFT. What made you decide to integrate fxhash with ClubNFT?

‍Ciphrd: In the physical world, museums and galleries have a broad array of protective tools at their disposal to ensure the longevity of artworks. Special glass, climate control, LED lighting, and art restorers all play a role in the preservation process. While digital artworks may not face the same types of risks as physical pieces, they are prone to a unique set of dangers that threaten their longevity.

‍F: What prompted your decision to use IPFS (InterPlanetary File System)?

‍C: The decision to implement IPFS was based on the belief that the creative process should have as few limits as possible. Right now, on-chain storage is limiting in the extreme and drastically restricts the assets artists can work with. It is also highly cost-prohibitive. Ideally, you want the lowest layers in a Web3 system to have the lowest barriers to entry because anything built on top of those layers will also naturally inherit their barriers. That’s why, for a strong combination of accessibility and immutability, we decided to start with our current hybrid architecture — consisting of Tezos on-chain and IPFS components. Our next generation of contracts will give artists the ability to decide between storing their code off chain or on chain. We don’t want artists to need to seek grants just to publish generative tokens, nor do we want to limit their range of expression.

Fxhash is, and should remain, accessible to everyone so that a diverse plurality of voices, perspectives, and approaches to digital art can be experienced.

‍F: It’s exciting that fxhash has grown its collector base so extensively over the past year. Many collectors dabbling in Tezos for the first time have migrated from Ethereum. How important is it for you that fxhash and the wider community of collectors are blockchain agnostic? ‍

C: The way fxhash is growing is amazing and shows how much people resonate not only with artistic freedom but community-led curatorial freedom as well. That openness has enabled entirely new and overlapping relations between what used to be pretty strictly-defined roles — artist, curator, and collector. Now you see artist-collectors and collector-curators among many emerging assemblages, all cohabiting in this open space we call fxhash.

The walls between Tezos collectors and Ethereum collectors should become open doorways. Whether a work of art is displayed in this gallery or that, it is art regardless of the wall it hangs on. Of course, the discussion is also more nuanced than that. In these early days of blockchain, when the differences between networks in terms of technology and user experience are often quite stark, it’s understandable that communities have sprouted around specific chains owing to their unique characteristics. That’s the reason why, before The Merge, environmentally-conscious collectors came to Tezos rather than Ethereum, as did collectors seeking a low-fee environment to interact with digital art.

But the gaps between chains are closing, so the value of a blockchain is increasingly related to its specialization.

At fxhash, we judge a blockchain by how it empowers Web3 adoption and makes it maximally accessible for anyone to create, collect, and share generative art. That’s why we build on Tezos — low fees, easy adoption, and a self-amending blockchain make for a very attractive, simple, and reliable user experience for the vast majority of people compared to high-fee, frictional environments like Ethereum. We stand behind art agnosticism and the perspective that art is art, no matter what chain it was minted on. Art should not be more or less valuable because of its associated chain. But blockchain agnosticism is not something everyone can afford owing to steeper barriers to entry on some chains, which preclude widespread participation.

‍F: What drove your decision to develop fx(text), which allows users to tokenize articles and the ideas that they contain? How do you foresee semi-fungible tokens and mutable metadata revolutionizing writing?

C: It came to me as a very simple thought — what if we could have more context added by the community to the pieces displayed on the platform? Generative art is such a complex art form, and I thought it could be highly beneficial to enrich the work with valuable insights from artists, collectors, and curators.

I tried to maintain the values at the core of Web3 and fxhash when designing fx(text). I really wanted it to become a platform-agnostic tool that could be integrated anywhere, connected to the data stored in blockchain smart contracts. While not implemented yet, in the future fx(text) will also exist outside of fxhash. However, it requires time and careful thinking, so it might take a while until we reach that point. But the underlying tech was designed and is prepared for this.

I don’t think that semi-fungible tokens nor metadata are going to revolutionize writing — it just happens that these tools are adapted to how the medium is created, shared, and ultimately lives. But I do believe that having such a tool available can unlock new paradigms for the medium, and that’s why it was built as an interoperable tool. While it is still in its infancy, we will see increasing use cases of this component as our ecosystem grows.

‍F: One of the wonderful things about fxhash is the community-driven voting in the Discord channel. What is one feature that the community pushed for that you didn’t foresee being important when you launched the platform?

‍C: Probably the opening schedule! In the early days, fxhash wasn’t really stable to say the least. Sometimes I had to disable the beta contracts to give breathing room to our infrastructure, so users couldn’t publish projects or mint tokens. That led to very interesting dynamics. The community was gathering at opening hours, forming virtual lines at the door before it opened — these were hectic and intense moments where anything could happen.

Sometimes, the community requested extended closures around holidays so that collectors could focus on existing projects and the secondary market. After several community votes, we landed where we are now — when fxhash is closed, artists can’t publish new generative projects, but collectors can mint from existing ones and buy on secondary 24/7. Even with the opportunity to move to a completely open schedule with no restrictions, the community has voted to keep some variation of the open-closed structure at every turn, which became a mechanism I was excited to implement directly within our smart contracts.

Maybe the opening schedule has become a feature rather than a bug because, at some level, it’s refreshing and a bit charming to have a Web3 platform feel reminiscent of something local, familiar, and, can we say, humane?

‍F: The development of new tools and communities affiliated with fxhash is very exciting. Which of these are you most excited about and what are the opportunities yet to be developed by the community of engineers reading this interview?

‍C: The expansion of third-party tools, or “layers” as we like to call them, on top of fxhash has been a real dream scenario. fxhash is an open base layer for generative art, and the fact that builders have understood this from early on and acted on that knowledge is something to be thankful for.

‍Tender has been really impressive in the way they’ve gone about creating an array of special collector tools, curation, and collaborative drops. At this point, Tender is becoming an entire ecosystem unto itself with a very engaged community and clearly defined culture and approach. What’s even more exciting about Tender is their focus on pushing generative art education and aesthetic possibility in new directions.

Seeing strong ecosystem support from artists like Zancan, Mark Knol, who?, Squiddy, Shawn Kemp, ALT+ESC, and anaglyphic has been special as well. Between them, there are ample tools for collectors and artists alike, ranging from rarity viewers, collector rankings, marketplace data, minting and floor-sweeping tools, and the ever-impressive fx(stdio) that even allows artists to batch generate outputs.

‍F: I think it’s safe to say that we as a community are fascinated by your throughput and that of the lean team at fxhash. What does a typical day look like for you? What are your daily rituals and routines?

‍C: A typical day for me is one largely spent deep in dev. We have so much planned in the near, medium, and long term that the only way to get there is building at every available moment. Of course, every so often (far less often than I’d like), there are times when I’m able to sneak a few personal days away to create art or hang out with everyone in price discussion.

‍F: And finally, what are the most unforgettable fxhash moments from the past year?

‍C: This is such a hard question to answer, as there have been so many unique and incredible moments in the past year. I think Proof of People in London shifted something in my vision for the future of fxhash. It was so wonderful to meet in person all of these new online friends, artists, and collectors with whom I had shared so many original emotions through Web3. I think this is when I realized that we had to materialize our ecosystem in real life as well.

Our one-year anniversary has been pretty remarkable too. The outpouring of memories from everyone in the community and the party we’ve had with the #fxhashturnsone minting event reminded me yet again how singular our community is, and what an important part of our lives it has become.

Ciphrd is a generative artist who is especially interested in the exploration of autonomous systems from which lifelike behaviors emerge. He is the founder of fxhash, an open platform to collect and create generative art.

‍Fffflood (Daniel Murphy) ​​is creative director at Right Click Save and ClubNFT, having previously developed campaigns for clients including Amazon, Formlabs, Kith, Miami Heat, New Balance, TB12, and Von Dutch. He specializes in refined design experiences with a focus on physical, digital, and interactive content, leveraging his experience as an industrial designer and graduate in creative AI to deliver highly executed products. He is a prominent collector on fxhash and a founding member of Tender.art.