In Search of an Aesthetics of Smart Contracts 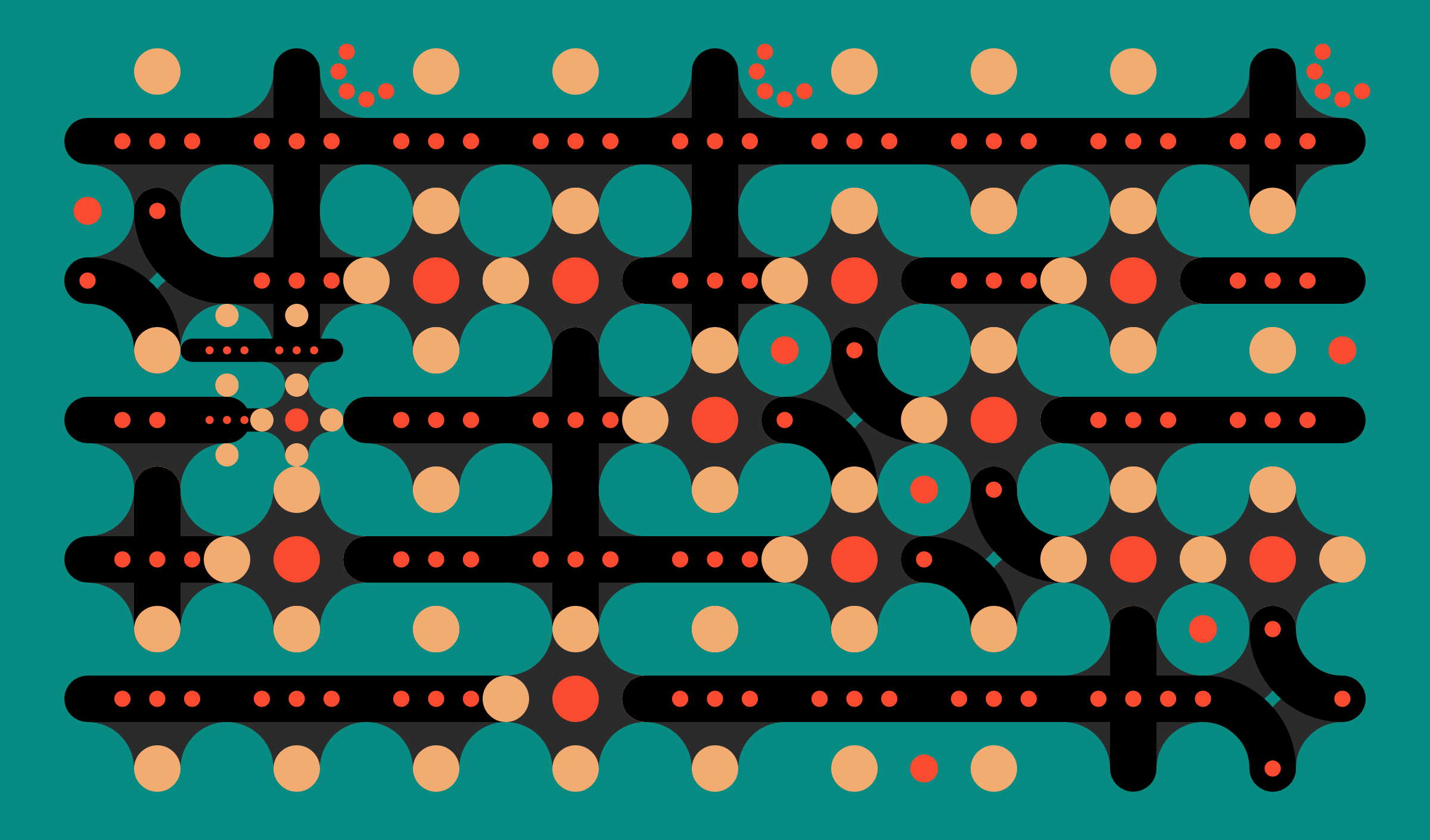 Credit: Anna Carreras, “Trossets” #893, 2021. Courtesy of the artist
Now Reading:
In Search of an Aesthetics of Smart Contracts

An aesthetic judgment is the sensory contemplation of an object and so distinct from an artistic judgment, which presumes to examine an object as art and must be adjudicated accordingly. So to discuss the aesthetics of smart contracts is my way of circumventing the still indeterminate distinctions of whether and when an NFT qualifies as art, how we understand crypto art and blockchain art, NFT art and wallet art, PFPs and collectibles.

I therefore start with the sensory contemplation of an object, specifically a smart contract. Yes, that thing that made blockchain technology so nifty: The lines of code that enable automatic execution of certain functions when predetermined conditions are met.

Smart contracts are designed to dispense with trusted intermediaries because all parties are confident of the outcomes in an “if/when…then” scenario. There’s a practical foolhardiness in the glorification of a sender/receiver model that eliminates all others, and an amusing foolishness in the assumption that smart contracts have actual legal standing. But their basic functionality allows for some interesting play in the hands of original thinkers.

Smart contracts drive the NFT space, both financially and creatively. Rhea Myers, Sarah Meyohas, Anna Ridler, and Simon de La Rouvière have been messing with them for years. The smart contract enables the generative randomness of today’s panoply of PFP (profile picture) projects, whose rarity is defined by algorithmically generated traits and contributes to the relentless shilling on Twitter. Of course, a social media site that is more like a medieval hawker’s market is an appropriate place for a term that not only designates a small unit of currency (shilling) but also someone pretending to be a satisfied customer in order to lure others into a con.

Some smart contracts aim to serve, however. Glenn Kaino and Tommie Smith’s Pass the Baton project (2021-ongoing) adopts smart contracts to support 23 organizations around the United States. Each of four legacy teams started with 1968 algorithmically generated batons for a total of 7872 NFTs. They optimize the drive to buy and sell — so-called “flipping” — in order to remunerate important social justice projects. Pass the Baton’s use of smart contracts enables an economy of giving, “trigger[ing] donations through proceeds collected from the public sale & secondary sale royalties to the nonprofits selected by the Legacy Team members named on each baton.” The project also incorporates gamification. As certain milestones and donation criteria are met, the baton takes on rarer attributes. Though its generative nature may recall a PFP project, some of which have social projects associated, Pass the Baton is truly centered on social justice issues with the baton operating as an iconographic reference.

Since smart contracts have a variety of applications, interested collectors focus on their creative potential. Fingerprints DAO is a decentralized autonomous organization of collectors who buy art for the cleverness they find in the artist/designer/coder’s use of the smart contract. Their highly curated collection is a lesson in smart contract creativity.

All these works might be sensational in the figurative sense of the word, but can we also make sense of art and blockchain relations through the sensorium?

The mind-body split just doesn’t fly any more. Dear old John Ruskin felt the same at the turn of the 20th century:

Ruskin was a dedicated socialist as well as an historian of art and architecture in the 19th century who valued the mental and physical effort required by great art. Today, he is best known for his rejection of art for art’s sake, famously describing Whistler’s Nocturne in Black and Gold (1875) as “a pot of paint [flung] in the public’s face.” However, many forget his personal pamphlet, Fors Clavigera, addressed to British workmen of the 1870s, which George Bernard Shaw regarded as exceeding the writings of Karl Marx in its goal to address social conditions. Ruskin refuted the claim that “money, rather than labor, motivated the forces of a just society” and used art to explain why labor mattered, objecting specifically to the price of 200 guineas quoted for Whistler’s work at the Grosvenor Gallery.

However wrong his judgment of Whistler, Ruskin raised a point that still troubles many and seems particularly apt in the context of platform capitalism and today’s crypto markets. The economist Thorstein Veblen (1857-1929) once wrote that “the aesthetic serviceability of objects of beauty is not greatly nor universally heightened by possession.” NFTs ostensibly provide fiscal support for digital artists while still permitting audiences to right-click and save as much as they want. However, the acknowledged use of NFTs as status symbols suggests ownership and possession still matter.

Money drives the development of technology, products, and platforms, though the myth still reigns of enthusiastic creative tinkerers making things for the love of the game. Money motivates society and tribal justice follows after. The concern is that designers no longer innovate but rather duplicate existing structures at the expense of human capital — whether at the mines that extract our computers’ minerals or the data farms that log our web activities. These high-speed operating systems are built on the blood, sweat, and tears of a digital underclass, as much as the traffic of our virtual selves. For all of blockchain’s claims for equity and radical equality, if it isn’t designed to be accessible, sustainable, and therefore materially ethical, then it’s more of the same networked obfuscation of the means of production.

The virtual/digital work of art is a mental and physiological incarnation, evidenced in the eye strain, lower back pain, and psychic exhaustion of artists and audiences. In the blockchain space, the enthusiasm for novel virtual terrain often neglects the physical. Ocularcentrism seems to obviate the eye’s embodied impact; EMDR, after all, is a therapeutic process that emphasizes how the movements of the eye can radically reduce the psycho-physiological trace of trauma. But there are paths beyond our line of sight for blockchain to cultivate physical awareness.

The media scholar Laura U. Marks has pursued this phenomenological strand. Much is written about the adverse effects of blue light and the addictive qualities of online activity, but Marks sees new media art as an appeal to haptic sensibility: “Networked media have other tactile qualities even when the images they circulate are optical or representational. Traveling images have performative power: they make contact, have real effects, and become more real the more they circulate. I think of images as connective tissue that builds links between far-flung people, links strengthened by desire.” Lauren Lee McCarthy’s Good Night project (2020-ongoing) has her communicate that end-of-day message to whomever owns the NFT. It’s a gentle touch.

Embodied mind. Embrained body. The point is, they go together.

Art is the imposing of a pattern on experience, and our aesthetic enjoyment is recognition of the pattern.

The cultural critic and scholar of photography, Susan Sontag once wrote: “Rules of taste enforce structures of power.” Rather than reiterating values derived from past traditions of painting, generative art, or computer art, we must ask whether a smart contract is capable of embedding new values at all.

What follows is a consideration of the smart contract as an object. It is a formal approach — even flirting with medium specificity — though it is not exhaustive.

Smart contracts automate outcomes. Therefore, an aesthetic approach to smart contracts may subvert that machinic seamlessness. Multigenerational projects evolve over time and are becoming increasingly popular, perhaps precisely because they surprise their audiences with unexpected actions. This disruption of the phenomenological encounter — that is, the experience of the visual, auditory, or interactive — subverts our demand to be the only causal agents by transforming the object into a subject of its own.

In such contexts, the smart contract appears as a trickster, its transformations undermining the sense of security that what you see is what you get. It reveals the endless potential intrusion of ambiguity, uncertainty, and complexity. Lewis Hyde in his book on mythical tricksters identified the con man as the American expression of that marginal character. There’s creativity and danger in the magic space where we don’t know how things work. The code, however, can explain how you see what you see, or why you don’t see what you expected to see. Not everyone can read the code, of course, so it retains that magic quality of sleight of hand: Of seeing without knowing.

The smart contract also defines relations according to if/then logics: Imagining inclinations, predicting possibilities, surveying options, specifying outcomes, ordering desires. Of course, Web2 already relied on such logics — reiterating homo economicus by reproducing bias. The question is whether Web3 can adopt these same logics without determining subject formations. At the moment, the blockchain tracks the flows of speculative desire, thereby scripting Freud into code. But can smart contracts offer a future any different from our own?

Because they are responsive, smart contracts can encode other systems — stock market values or the weather. Likewise, they can revive historical narratives and material practices. This connectedness disputes the isolationist rhetoric of disintermediation. Even the introduction of a transaction hash into the seed of a generative project engages the first minter in a participatory relation, further reinforcing our entanglement.

Some of the best projects in the blockchain space are strange, uncomfortable, and conceptually dense, revealing not only the workings but also the affective impulses of the blockchain. The more we experience the smart contract, the more we will discern its appeal and agency. We will have time to reflect and reject as well as adopt and adapt.

Aesthetics is thus always a contradictory, self-undoing sort of project, which in promoting the theoretical value of its object risks emptying it of exactly that specificity or ineffability which was thought to rank among its most precious features. The very language which elevates art offers perpetually to undermine it.

Historicizing and contextualizing contemporary developments is not always fruitful because the work is still emerging as the writer is delineating themes and relations — pinning novel practices and outputs in time and place. Such thinking can squash emergent elements, warping their creative potential to suit a set of fixed ideas. It’s a kind of intellectual enclosure that stifles the creative impulse as it tries to understand it.

I won’t go as far as some in the crypto community, whose libertarian stance denies intellectual property, but the impulse to enclose an emerging ecosystem is problematic. There is still much to define in this new space between art and blockchain without confining ourselves to unalterable terms, categories, and legacies.

Despite the boom, the time has come to slow down and reserve judgment before tweeting on impulse. Web3’s progressive future depends on our assimilation of a plurality of voices from an ever-growing “NFT community.” For it is only by rejecting the “move fast” ethos of tech that we can hope to break the data-driven feedback loop by which past values are ceaselessly embedded in new futures. Because the aesthetics of smart contracts is really about imagining new social contracts — expressing our ideals as sovereign individuals, rather than pawns in a capitalist tech revolution.

Charlotte Kent is an arts writer and assistant professor of visual culture at Montclair State University. With a background in philosophy and literature, as well as in ophthalmic publishing, she brings an interdisciplinary approach to visual art and digital culture with a current research focus on the absurd. She is an Editor-at-Large for The Brooklyn Rail, and contributes to peer review journals and international magazines.