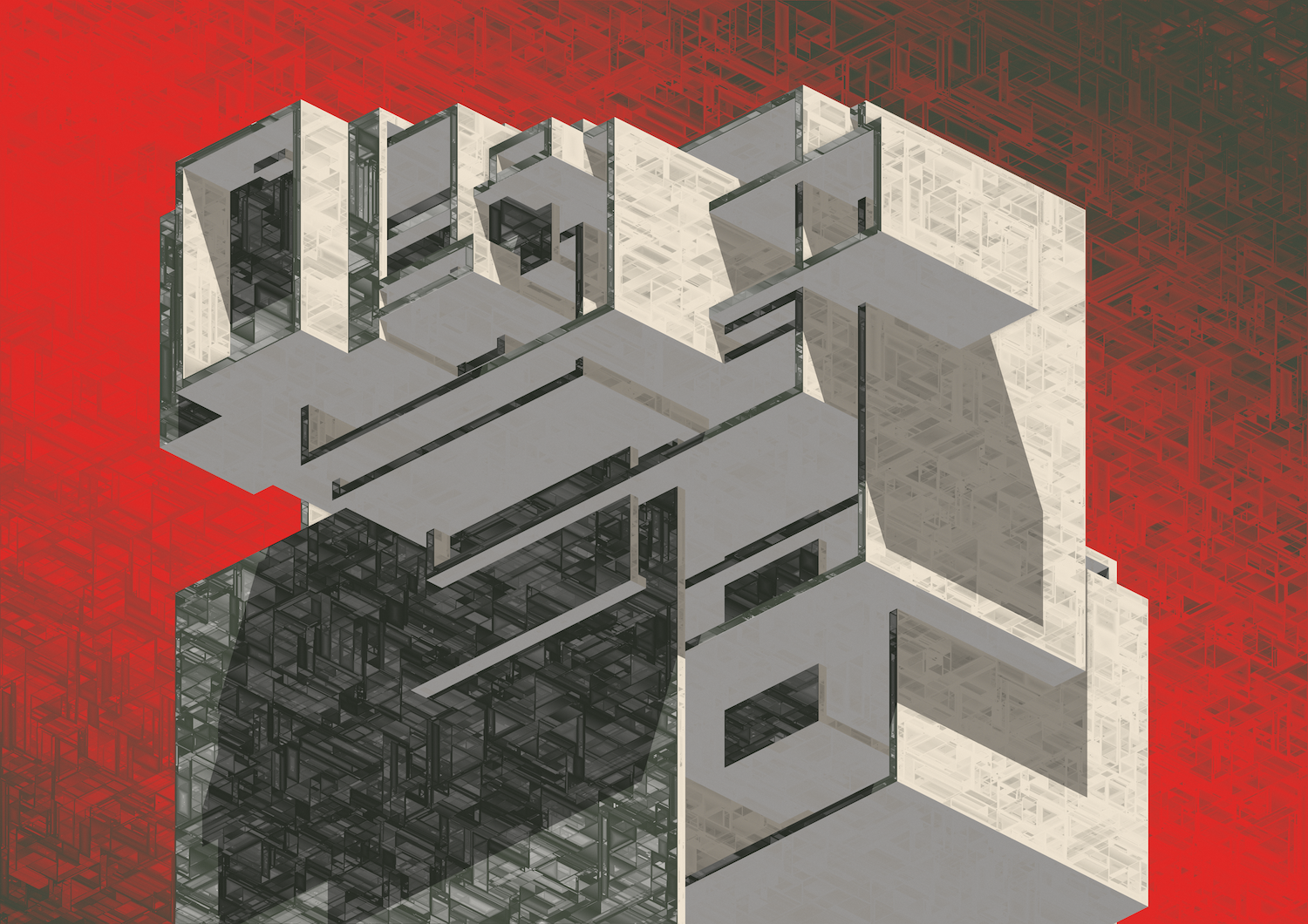 KRANKARTA recently made a splash on fxhash with their breakthrough project Atoms’ Gaze (2022), becoming an instant collector favorite. On the occasion of their latest drop, Quantum Folly (2022), I spoke with the artist to learn more about their background, working practice, and personal experience as an emerging generative artist.

Danielle King: How do you define generative art, and what does it mean for your practice?

KRANKARTA: To me, generative art is the act of defining rules and conditions that guide the media to produce a final piece. I don’t think it is limited to code and machines — that’s just the way I’ve chosen to implement it — but it’s particularly well-suited to the new digital art and NFT scene.

What isn’t generative about a painter picking a specific brush, dipping it in a particular color, and flicking it at a canvas with a predetermined amount of force? The resulting splatter is generated by the variables chosen by the artist and the laws of physics, as is a stunning view of a valley forged by a glacier over millennia.‍

My process consists of a lot of experimentation and trial and error. Like a butterfly flapping its wings, tweaking a variable in minute ways can alter significantly the outcome of an artwork. Although in theory, within deterministic systems, changes should be entirely predictable; in reality it takes time to explore the outcomes. This is a thoroughly enjoyable process when a new trait is discovered and thoroughly frustrating when I’m trying to achieve something specific. Ultimately, I’m debugging the rules of my own little world to shape it to my desire.‍

DK: Could you tell us a little about your background and what brought you to generative art?

‍K: As a chemical engineer by training, my background is entirely unartistic in nature. Since leaving school, I didn’t produce or appreciate art until a couple of years ago. Through engineering, however, I developed a fascination for modeling the real world, and it’s this interest in artificially mimicking nature that inspired me to learn to code.

The issue for me was a lack of direction. It was helpful on a professional level to be able to program, but I wanted to do more with it. It took me a while but once I took the plunge into creating art I began producing abstract topographical maps. I was lucky enough to catch the NFT wave at the beginning of 2021 and, since then, my inspiration and output has exploded. Most of the art I’ve made has been inspired by nature, from the early days of the mountainous Cloud Atlas (2021) and Drumlin (2021) series to my more abstract experimentations with particles, such as Finding Herschel (2021).

I’ve found it difficult to overcome the anxiety induced by imposter syndrome, especially coming from a non-artistic background. However, my wife and the generative art community as a whole have been wonderfully supportive. One of the most enlightening things I’ve learnt about producing art is just how accessible it is, particularly in this digital age.

‍DK: Which artists have influenced your work and do you see generative art as a tool for artistic collaboration?

‍K: My influences include some of the new artists blossoming in the Tezos ecosystem. The list includes but is not limited to: Loïc Schwaller, whose black-and-white dithering inspired my early fxhash work; Ahmad Moussa — a consistent inspiration for color combination through their mastery of composition and palette; and Liam Egan, whose use of shaders I’m in awe of and who has given me advice and confidence to refine my shader code over the last year. Jacek Markusiewicz has also been a great friend and sounding board, whose generative architectural projects inspire me. And without Jaume Sanchez Elias and Lionel Radisson I would not have been introduced to Three.js and the fantastic library of MrDoob. This opened up a world of possibilities — from interactive drumlins to physarum simulations that I couldn’t otherwise achieve via programming on the CPU (central processing unit). Since then I’ve embraced coding on the GPU (graphics processing unit), and all its frustrating quirks.

With enough confidence I undertook my first — and so far only — collaboration with the ineffable master of color and landscape, Orfhlaith Egan. Inspired by her early work of abstract fire, we developed a bonfire of animated flames on fxhash that you can watch as it burns eternally in polychrome. Since then, the platform has released the collaboration feature which I think is a real boon to creativity in the codeart scene. Through collaboration, I believe artists can learn far more than they otherwise would on their own.

DK: You’ve released work on multiple platforms, including Hic et Nunc and Versum.  What makes fxhash and its collector community different from other platforms?

‍K: Fxhash embraces similar ethics to these other platforms that drew me to Tezos — a welcoming community that is open and free of curation. What sets fxhash apart is its focus on generative art, making it “Art Blocks For All” on the Tezos blockchain. This is something I have craved since early 2021.

There are three aspects that have made fxhash the pre-eminent genart platform on Tezos: Ciphrd’s impressive implementation and communication, the artists’ openness and support for each other, and the zeal of collectors. ‍

I hadn’t seen such interest in my work, including significant fervor on the secondary market, before joining fxhash. Even my (admittedly slow) progress on Twitter has been met with a profusion of support from artists and collectors alike. This is what encourages me to keep on creating and refining my work. It has also turned a hobby into a passion.

DK: Atoms’ Gaze (2022) is an incredible work of generative art (full disclosure: I have a gorgeous one in my collection). Can you talk us through the creative process behind the project as well as what inspired it? To me, it feels simultaneously architectural as well as molecular.

‍K: Following my physarum simulations, which emulate slime moulds interacting with particles, I wanted to implement particle collisions. To do so, I limited the system to the pixel space where each particle occupies a single pixel. Naturally, this restriction produced the effect of thousands of particles bouncing off each other, leaving trails characterized by highly geometric patterns. They reminded me of crystalline structures as well as the passage of ionizing radiation through a Wilson cloud chamber. This connection to the natural world was important to me and inspired the title, Atoms’ Gaze, since the final piece is determined by each atom’s position in the system and how it observes the rules imposed on it. ‍To emphasize the crystalline form I imposed an isometric (although I think it’s technically dimetric) perspective. I then let the algorithm build structures that, depending on the viewer's perspective, could be microscopic or macroscopic, natural or artificial.

Atoms’ Gaze is an exploration of individual entities and their destinies, and how simple interactions create complex social structures. What choice do they have but to participate?‍

Following the success of Atoms’ Gaze I felt that the algorithm needed further exploration in order to embrace the architectural feeling of some of the outputs. This led to my latest work, Quantum Folly, that generates Brutalist-inspired architecture painted with crystalline texture. I’ve rewritten this algorithm in Vanilla JS and GLSL, consequently, I’ve been able to render larger images, implement shadows, and add different types of particle interaction. Each piece is an organically grown structure — natural yet artificial.

DK: What are your hopes and predictions for the future of generative art?

‍K: For me, the greatest part of getting involved in this scene is the amount I’ve learned — from coding to composing art. I hope generative art can become even more accessible and inspire new people who might not have previously considered becoming an artist. I became a father at about the same time I joined the NFT art wave and now have an inquisitive young toddler. I cannot wait to share with them the possibilities of creating art and expressing themselves through code, which is the outlet I needed years ago. I’m happy I finally found it and dove in head first. I can’t wait to see who else does the same!

KRANKARTA is a generative artist soon to be based in Sweden who works predominantly with code. Focusing on aesthetics and algorithms inspired by nature, he utilizes artificial means to emulate natural processes on both the CPU and GPU.

‍Danielle King is the CFO/COO of ClubNFT, and the former manager of the Department of Painting and Sculpture at The Museum of Modern Art, New York.