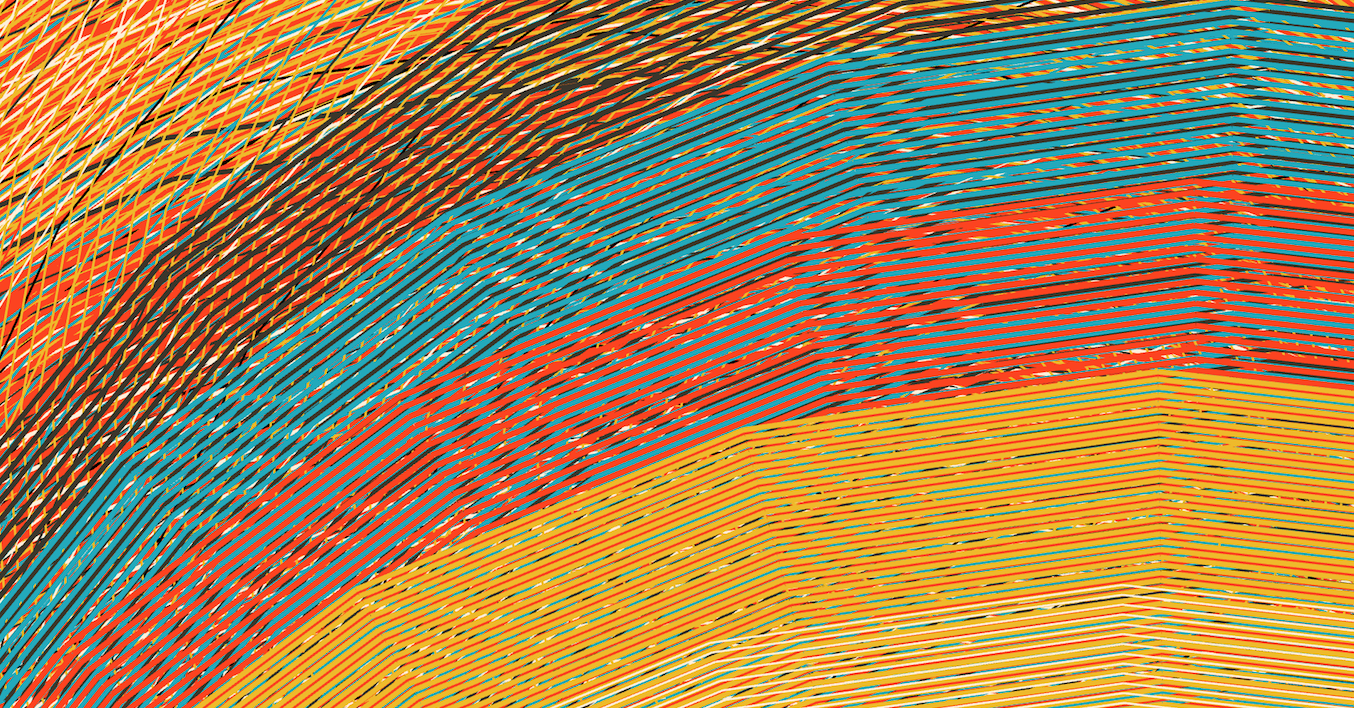 I felt uneasy when I was first asked to write an article about fxhash, its overall aesthetics, and rising stars. Not because I did not wish to write about fxhash, but because I thought it would be tough to distill the raw spirit and creativity of the platform into one specific aesthetic. Selecting a few emerging artists from such an immense pool of talent was even harder than I had imagined.

Fxhash is the first generative art platform on the tezos blockchain that is open to everyone, meaning that the platform does not predetermine artists or curate drops. Artists can choose to upload all of the projects they deem worthy, and the community acts as a collective curator and tastemaker. In other words, fxhash is built by artists and collectors for artists and collectors. Fxhash was the logical response to an unsated desire in the broader NFT and generative art ecosystem. Its openness to putting users first has long been part of the NFT story, as evidenced in the early days of CryptoArt with Rare Pepe Wallet and Dada.nyc.

Fxhash launched its beta version in November 2021 and has been on a wild ride ever since. More than 10,000 projects were uploaded in beta alone, with close to one million interactions (including primary mints and secondary transactions) conducted since the platform’s launch. On 16 April 2022, fxhash launched its new version 1.0 with a number of platform upgrades, affording collaboration contracts and advanced UI options. Still to be implemented are a functioning DAO, a curation facility for all users, and advanced marketplace functions such as offers on collections and single tokens, as well as auctions.

I’ve thought long and hard about whether fxhash has already established a recognizable aesthetic. Based on conversations with a number of artists and collectors in the community, I concluded that any identifiable aesthetic is still to emerge from its steadily evolving microcosmos. Indeed, the ecosystem itself functions as a live art piece, constantly adapting and mutating according to new organic inflows and additions to its vibrant community. All of which are a direct result of the platform’s strict no-curation policy. Artists have the chance to experiment, venture into the unknown, and explore their skills rather than exploit them for monetary gain.

As fxhash is an emerging platform, its artists can be classified as emerging. I chose to highlight artists that I resonate with on a personal level, as well as artists that are an embodiment of the values fxhash stands for in the broader NFT ecosystem.‍

Sometimes called the prince of fxhash beta, M.J. Lindow burst onto the fxhash scene in the first week of beta with his project, Jardín (2021). More exceptional releases followed, with the artist consistently probing the capacities of generative art. Lindow takes the collector on the journey of an artist. While he has been creating art successfully since the age of four, he has only begun to focus on his career as a generative artist since he quit his job as a data engineer in 2021.

In Waiting in Afton (2021), the collector can peek inside his brain, watching the seasons go by — representing the fifty days after Lindow quit his job to focus on his art. Beyond (2021) also evokes the loneliness of humanity, cornered in the vastness of space, craving hope. While Caught in a Void (2021) shows the artist’s own personal journey, as well as his struggle with anxiety and depression that many artists, as well as collectors, felt over two years of ceaselessly reiterating lockdowns. Here the artist is offering up a generative self-portrait of a moment in pandemic confinement, with each variation given a place, time, and emotion.

Yet, there are also outputs that offer respite and relief, enriching the story of the collection. Jardín (2021), Lepidoptera (2021), Stippled Impressions (2021), and Kunza (2022) showcase the artist’s particular love of geometrical shapes, textures, and patterns. For Lindow, his art is an act of “Using computers to augment human ability and free people to use their creative potential.”

This might be a controversial pick, as Orth has had a long and successful artistic career prior to her work on fxhash. Often described as a creative polymath, she started her artistic career in the late 1980s, working as the first official Art Director for Sub Pop, subsequently designing Nirvana’s first records and their now-iconic logo. After spending time expanding her artistic and musical career, Orth immersed herself in tattooing and mastered that craft.

At the outset of the pandemic and with NFTs gaining in popularity, she discovered a new love of generative art. Following her first releases on Hic et Nunc, she made her first entry into the fxhash ecosystem with Folding (2021). Her works — recognizable for their trademark color palettes and distinct style — are now a staple of many collectors’ vaults. Yet Orth is still evolving her generative practice, especially evident in her progression from Between Stations (2021) to A Stitch Is Fine (2021).

‍Rudxane, based in Amsterdam, started his artistic journey by creating small interactive art and websites during the late 1990s. Twenty-odd years later, the artist came upon fxhash in its earliest days, securing mint #5 for the now-iconic BINGO (2021) series. Initially considered a test of the fxhash minting and randomization function, it now holds a special place for many early collectors on the platform.

His breakout work, Tych (2021), situates the human at the heart of an interconnected generative system. The project succeeds in tying rows of ordered columns with intricate threads that call to mind traditional brushwork. Its balance between the strictness of perfectly placed code and the imprecision of a human art makes each variation of Tych unique and distinctive. “unfinished” (2022) adds an additional component to this: “Everything is always a work in progress, and nothing is ever finished.” Each piece is finished up to a certain percentage, adding subjectivity to the work. What appears unfinished to one collector often looks highly polished to another. Like so many other generative artists, Rudxane’s art is a relational one in which the viewer is always endlessly enfolded.

This trio represents but a small sample of the extraordinary talent on fxhash, with figures like Bgola, Jacek Markusiewicz, and Punevyr also attracting attention for pushing out the medium. Their promise is our privilege.

Paul Schmidt is an art enthusiast and collector who talks and writes about generative art. He is part of the team at fxhash, a generative art platform and marketplace.