NFTs and the Revenge of Surrealism 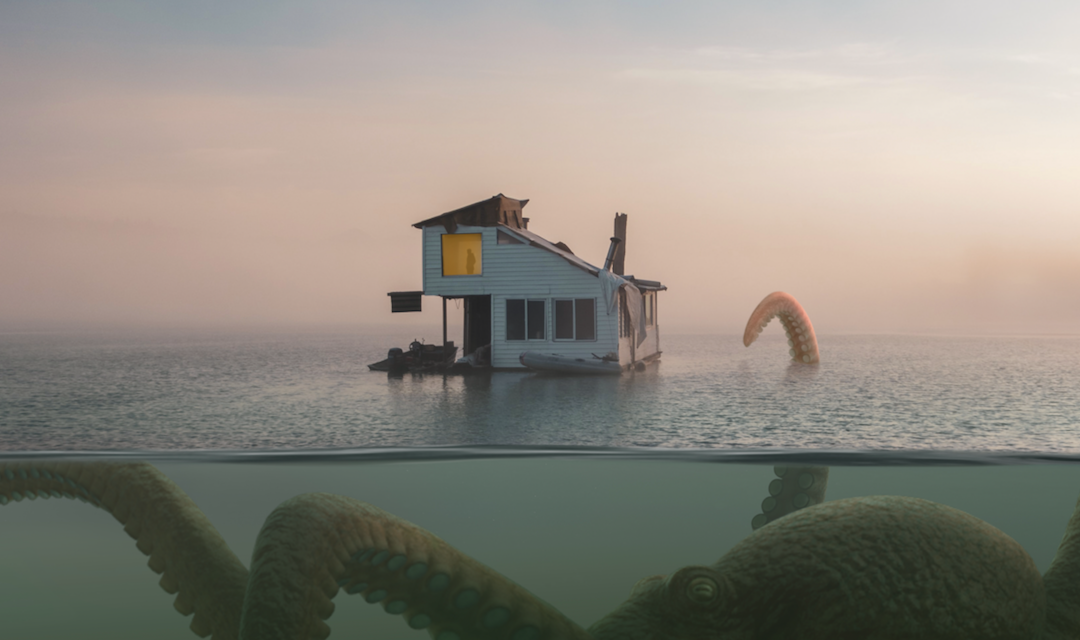 Credit: Ted Chin, An Unexpected Guest (detail), 2021. Courtesy of the artist
Now Reading:
NFTs and the Revenge of Surrealism

He who will not look to any other mind than his own will soon find himself reduced to the most miserable of all imitations, that is to say, to his own works. (Jean-Auguste-Dominique Ingres)

These words, printed in the catalogue of Salvador Dalí’s first solo exhibition at the Dalmau Galleries in Barcelona, aligned with Dalí’s belief that “change is irresistible [...] none the less [sic] paradoxically necessary to reveal the true strength of tradition.”¹ From allusions to old master paintings, to employing Cubist and Divisionist techniques in his early works, Dalí’s extensive knowledge of the history of art saw him constantly returning to tradition for inspiration.

Today, Surrealist aesthetic and iconographic traits have been repurposed by a new generation of crypto artists. This article considers these artists’ enchantment with Surrealism, while recognizing the movement’s influence on culture beyond its art historical context. Dalí’s (as well as Manet’s) practice of mining tradition to produce original forms of “realism” reinforces the impression of crypto art, with all its memetic fascination, as in some sense a realist movement. And while Surrealism is doubtless central to much contemporary practice — from works in VR and AI to popular image culture — NFT artists seem particularly fond of the movement.

As much is evident from a recent data study of SuperRare’s marketplace, which had “surreal” as one of the top five most popular tags associated by artists with their work, as well as the second most expensive. The presence of early Surrealist ideas in works by leading crypto artists demonstrates an interlinking of NFT aesthetics and canonical art histories. Indeed, the same study of SuperRare revealed that, of the top ten tags used by artists, five involved traditional fine art terminology. Today, “surreal” trends across OpenSea, Nifty Gateway, and SuperRare, remaining one of the most popular, rarefied, and sought-after genres in the NFT market. But why is Surrealism so important to the crypto community?

To address this question, we must at least be clear about the intentions and practices of the original Surrealists. Aiming to preserve a sense of the extraordinary and the unexplained, the vital message of the “Manifesto of Surrealism,” written by French poet André Breton in 1924, was that “rationalism was no longer an adequate basis for civilisation [sic], for art, or for life.”² In viewing Freud’s unconscious as the basis for a new poetic imaginary, the movement bears the trace of artists like Giorgio de Chirico, who chose to visualize the irrational truth of “reality” through disturbing metaphysical dreamscapes.

Beyond its principal objective to depart from the ordinary, Surrealism also sought to remain “at once a public statement and a privileged domain.”³ Perhaps this idea resonates with contemporary artists at a time when traditional forms of acquisition have been destabilized by Web3 principles of decentralization and democratization. In its rejection of established modes of buying and selling art, NFT commerce has reincarnated artists and collectors as hybrid entrepreneurs within a new culture of co-creation. From landscapes to animals, nature to dreams, self-identity to wider cultural trends, NFT artists are adapting the symbolic language of the original Surrealists for a new age of technostalgia.

Situating the familiar in unfamiliar settings, Surrealist painting is perhaps most recognizable for the uncanniness of its juxtapositions. Such visual shock tactics are commonplace in works by Ted Chin, whose Sweet Dream (2021) shows a giant, underwater elephant hovering effortlessly over a mountain landscape. Such images are as confusing as they are mesmerizing, their seamlessness belying their many internal contradictions. They also call to mind Dalí’s 1934 painting, Morning Ossification of the Cypress, in which a horse emerges from a tree into a cloudy sky. In his famous essay, The Conquest of the Irrational (1935), Dalí asserted that his “whole ambition in the pictorial domain is to materialise [sic] the images of concrete irrationality with the most imperialist fury of precision.” Chin’s precision updates this strategy while appropriating the neoliberal lure of Photoshop culture.

For Dalí, “the atomic explosion of 6 August, 1945, shook me seismically. Thenceforth, the atom was my favourite [sic] food for thought. Many of the landscapes painted in this period express the great fear inspired in me by the announcement of that explosion.”⁴

While much of the Surrealists’ imagery seems to suggest fantasy and otherworldliness, their content often raises concerns about IRL experience. The same is true of Chin, whose Storm Before The Calm (2020) shows an astronaut standing in front of a burning forest with a glowing green tree stored securely in his backpack. With all of their polished slickness, Chin’s works marry the surreal to the sublime by rendering the viewer immune to their terror. In the process, the artist dares the spectator to ignore the climate devastation that surrounds us in reality.

With the coherence of the (white, predominantly male) body so central to the “humanist” project of Western art history, the Surrealist dismembering of that body served to challenge vertical power structures of all kinds. Web3’s narrative of horizontality may therefore help to explain the revival of “surreal” forms of disruption. In contrast to Chin, whose work adopts surreal form, Jay Eff Vee reclaims the symbolism of the original movement. His project, The Surreals (2021) — a collection of 10,000 hand-painted PFP portraits only available for purchase as NFTs — is a tribute to René Magritte’s own faceless avatars.

The self was a central Surrealist preoccupation, and Magritte’s Son of Man (1964), Man in a Bowler Hat (1964), and Art of Living (1967) all depict prototypes of modern businessmen — forced to hide their identity to conform. For Magritte, “Everything we see hides another thing; we always want to see what is hidden by what we see. There is an interest in that which is hidden and which the visible does not show us.”⁵ Instead of hiding or obstructing the viewer from what might be hidden, Vee’s Surreals celebrate the appearance of diversity, as well as the extraordinary. While their bodies are clothed for the most part in formal attire, their heads are constantly mutating from animal to vegetal to mineral. Their popularity suggests that the familiarity of Magritte’s aesthetic is satisfying to NFT collectors, who seem happy to be gently disturbed.

Varvara Alay’s Flower Girls (2022) draw a number of parallels with the work of Dorothea Tanning, especially her “torn and writhing sunflower [...] strongly identified with Tanning’s midwestern origins.”⁶ In The Mirror (1950), a woman assumes the form of a sunflower herself. Yet like Magritte, the mirror — held by her vegetal hand — is purposely angled to obscure her face. With countless birds and butterflies owing much to Leonora Carrington, Alay’s art is a knowing blend of Surrealist strategies, with her flowers giving form to a new oneiric imaginary.

Dalí’s interest in cinema saw him experiment with multiple images, establishing links between cinematic techniques, such as dissolves and multiple exposures, to develop a theory of paranoiac imagery. His animated short film, Destino (1945-2003), originally a collaboration with Walt Disney, combined real world images with animated drawings to narrate the story of Chronos’s love for Dahlia. In its sumptuous dreamscape and languorous frame rate, Destino is a more recent prototype for the memes, GIFs, and looping animations that are now widespread across the NFT market. The works of Jon Noorlander and David McLeod are prime examples. Where Dalí’s film traces an intricate web of gradual transformations, both artists scale down their focus to a set of surreal objects, caught in an endless cycle of melting form and morbid curiosity.

In their overt embrace of surreal modes of disruption, NFT artists betray a natural reflex for nostalgia — a tendency equally apparent in their assimilation of Pop art and 8-bit culture. In their hands, historical Surrealist statements are now being remade as modern meditations on the mindless rationality of the market. That the original Surrealists were equally partial to doing over classical tropes reflects the return to order that followed the First World War. In the aftermath of the NFT, the canon of art is now up for grabs.

‍With thanks to Charlotte Kent.

Isabella Wilkinson is a freelance art writer and gallery manager with a Masters in Modernism and Postmodernism from The Courtauld Institute of Art. She has worked for Christie’s, Clarendon Fine Art, Frieze Art Fair, Artvisor, Galerie Boulakia, and the Peggy Guggenheim Collection.