RCS speaks to Beatriz Helena Ramos of DADA.nyc about how the NFT space can live up to its utopian promise 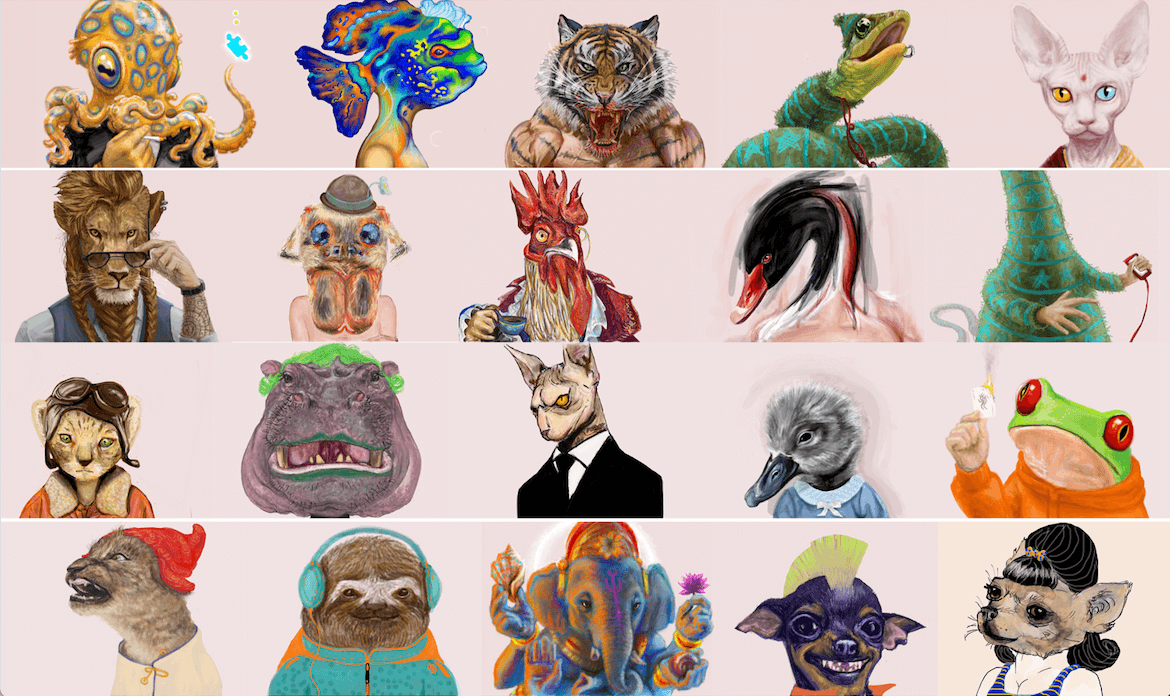 RCS: Hey Bea! We’re looking to avoid asking the same questions you always get and to celebrate Rare AF by looking back on the last four years. Do you have any memories from the event itself that you’d like to share?

Beatriz Helena Ramos: More than a memory, I remember the feeling of effervescence, of excitement — a vital energy that day that felt like the festival was a catalyst for something big. It felt like we all knew that we were on the verge of something huge that no one else was aware of, in a room with other people who share this feeling. I don’t think I’ve ever felt that kind of feeling in my life. I remember thinking that this was the way the beginning of art movements must have felt.

RCS: What for you has been the lasting legacy of Rare AF#1 on the blockchain as an ecosystem?

BHR: I think it catalyzed the NFT movement — the creative ferment, innovation, experimentation, and community but at the same time it buried it, becoming a movement that was purely market driven. The movement in itself (which is not ideological or aesthetic) ended up transforming into the beginnings of a market. And what is left to the community is a shared sense of nostalgia for those of us who lived that moment.

RCS: What fundamentally changed on the night of the sale back in 2018?

It did have an effect on me personally, though. CryptoKitties had launched a month after DADA’s “Creeps and Weirdos.” By the time we got to the Rare Art Fest, I was already aware that the incipient NFT space was quickly becoming all about financial speculation. I think the fact that everyone focused (and continues to do so to this date) on the sales, as opposed to the incredible innovation that was happening, and its potential beyond the market, made it clear to me where the space was headed.

After the Rare Art Fest, besides our collaboration with Kitty Hats, DADA did not launch any new NFT collections in 2018.

RCS: In 2020, you and Judy Mam articulated your vision for an Invisible Economy that sought a “radical separation of art and the market.” Has DADA’s extraordinary success — and the capital it now holds — changed the way community members feel about participation?

BHR: The assumption that DADA’s success comes from the capital we now hold lays bare the problem with this ecosystem where money is the only metric for success, but before we got any capital we had already achieved what was important to us: a strong community with meaningful, long-lasting relationships, a collective space where people feel free to create art and innovate together, all motivated by the joy of doing it.

For those in our community involved in developing the Invisible Economy, making money felt like a distraction because now we had to devote all our time and energy to cater to the demands of the market. For some of our artists, who created enormous value for the joy of it but who are not actively involved in the IE, it may be unclear how the system distributes the value created by the community but we believe that this will be clear once we put the system in place.

RCS: Has the concept of community itself been fundamentally altered by recent developments on the blockchain? Are voting tokens all that they seem?

BHR: First let’s define the concept of community. For us, community is not a group of people connecting around a shared interest, but a group of people with shared values who develop strong relationships and build trust over time. Tokens and DAOs are just tools to coordinate, but because of blockchain’s ultra-capitalist ethos, tokens are currently used to incentivize (bribe) groups of people towards projects. It’s not surprising to see hordes of people swarming projects that offer tokens and pumping and dumping them depending on how much money they can make.

DAOs became merely a way for groups to manage funds, and because governance tokens are financial instruments, this legitimizes the purchase of votes, resulting in the concentration of power by those who have the most money. This is why we are developing the Invisible Economy based on different community values and a different economic structure — striving for a different outcome.

RCS: Four years on from Rare AF#1, how do you view the range of different crypto art forms today? Does the age of transmedia art reflect cultural vibrancy or is tokenization stifling creativity?

BHR: Art is art and the more experimentation there is, the richer the art will be. But the problem with the market is that the moment that art is commoditized it becomes a product. Product rises to the top and art is buried under the noise. In my view, what we see in the NFT ecosystem today is mostly product.

I strongly believe that as the market matures, especially during a bull run, we will inevitably see less creativity and less innovation because money will always go to the projects or assets that the market speculates will make the most money.

RCS: From your perspective, has DADA’s success been matched on an interplanetary scale? Is it fair to say that more creatives can earn a living wage through NFTs today? If so, does more money to more artists necessarily translate to a progressive economy?

BHR: Again the assumption here is that DADA’s success relies on artists earning a living wage. DADA’s Invisible Economy goes way beyond that: It allows artists to do what they love with no strings attached, but it also creates a space for artistic expression and innovation, and this collective value creation belongs to the commons. Instead of just distributing money, we are building long-term wealth together.

We haven’t seen anything like DADA’s Invisible Economy at scale. What we have witnessed with NFTs is the building of a new digital market, and of course early adopters will create wealth in a new market where previously there was none. We ourselves have benefited from it. But markets are winner-takes-all systems, so as the market matures we’ll see an ever more extreme concentration of wealth, and an established star system of a new elite of artists.

RCS: Are there alternative systems and structures from which the blockchain should be learning right now?

BHR: The Invisible Economy and Holochain.

RCS: Accepting the environmental cost of proof-of-work consensus, are you worried that proof-of-stake privileges those who hold the most currency in the first place?

BHR: I see it as an inevitable outcome of anything in blockchain because of the perverse incentives embedded in the technology.

RCS: Is a creative economy possible today without extraction or exploitation?

BHR: If you understand a creative economy as creators commoditizing their creations and selling them to the market, we are really talking about creative entrepreneurs, with extraction and exploitation embedded in the system by design. And there is strong evidence that such a system hampers creativity.

But if you are referring to a system that allows people to do what they love, experiment and create freely, without any pressure to produce, and be able to build long-term collective wealth, then it is possible, and we are proving it with The Invisible Economy.

RCS: Are there any artist projects out there at the moment that you find particularly interesting, either within or without DADA.nyc? We’d love to hear about anything you’re working on currently.

BHR: A good example of how the Invisible Economy works is regrò, a project by DADA artist-farmers Serena Stelitano in Italy, and Simon Wairiuko in Kenya. As an environmentally conscious community, we were looking into ways to offset our carbon footprint and create a regenerative economy. Last year, we bought back our historic “Creeps and Weirdos” NFTs from our own contract so bots wouldn’t sweep them all at 2017 prices. We incurred tremendous gas fees for this rescue operation. We also spent a lot in gas-gifting Creeps with personal, inscribed messages to people we are grateful to. Unfortunately, extreme energy consumption is the cost of transacting in Ethereum.

But now with regrò, we are going beyond offsetting and its simple equation “spend gas = plant trees.” Instead, DADA is flowing funds to DADAkin who are already exploring regenerative practices with their farms. Other DADA artists who own land, like Marko Zubak in Croatia are joining regrò too, and other artists are looking into creating animal sanctuaries as part of this program.

This is not DADA greenwashing by buying random offset credits, or donating a percentage to some charity. These are our own artists taking action, and the entire community directly supporting those efforts. It is our digital economy impacting the real world, and creating a circular economic system that could grow sustainably under our own values.

Beatriz Helena Ramos is an artist, activist, and creator of DADA, the only visual conversation platform where people from all over the world speak to each other through drawings. She is currently working with the DADA community on a post-capitalist socio-economic system called the Invisible Economy. This system protects intrinsic motivations by radically separating art-making from the market, allowing artists to create and experiment freely while receiving a guaranteed income for their contribution.