Ahead of Right Click Live in Tokyo, the artist shares his own local and global influences with Alex Estorick 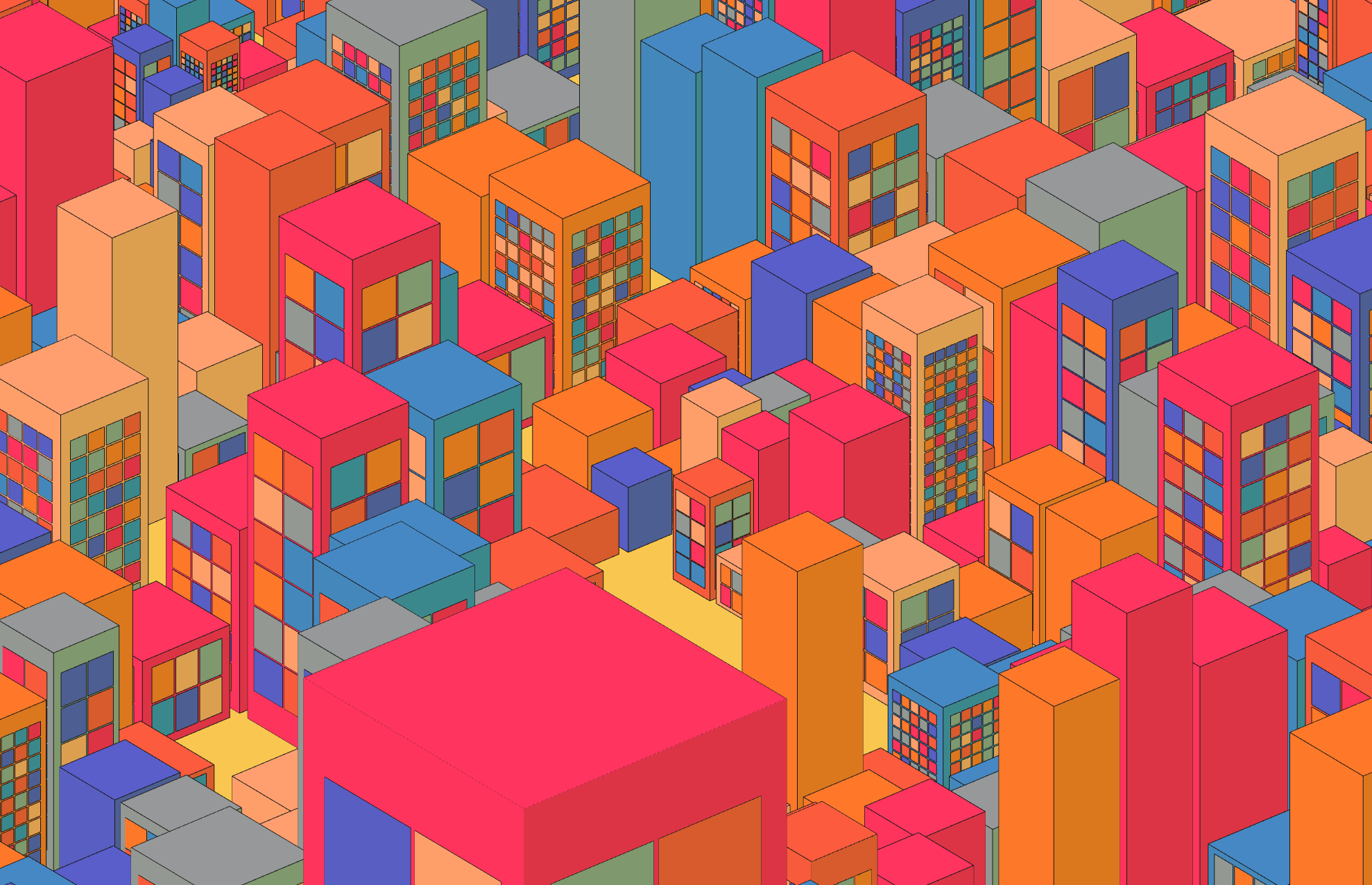 Alex Estorick: Shunsuke, the Japanese tradition of ukiyo-e, especially its visions of a floating world, continues to influence Western image-making. In what ways does your own generative art practice cross-fertilize different traditions?

‍Shunsuke Takawo: Thank you very much, Alex-san. Indeed! Recently I was excited to find some great artworks, such as Mark Webster’s series, Searching for Hiroshige (2021) and Richard Nadler’s “Japanese GenArt Collection” (2022). Above all, their research is meticulous and beautiful, and I respect their work.

‍As a creative coder living in Japan, ukiyo-e influences my style by simulating the grain of prints and emphasizing flatness in my graphics.

Japanese culture and traditions such as the four seasons, patterns, and colors are established through subtle combinations. Although I often refer to them in my code, they are imprinted naturally on a subconscious level. But I also love rigid, Western frameworks, including the designs of Josef and Anni Albers at the Bauhaus and Bernd and Hilla Becher’s photographs.

‍Is it human nature to be attracted to what is not there?

Several factors have contributed to the growing interest in Japanese culture in Web3. Manga and anime are prominent exports of contemporary Japanese culture, and people often refer to Otaku culture as a meme. In the context of generative art, much respect is owed to computer art OGs such as Hiroshi Kawano and Computer Technique Group (CTG).

‍AE: How did you get into generative art?

‍ST: In 2008, I graduated from the Institute of Advanced Media Arts and Sciences (IAMAS) where I researched new ways of viewing digital photography and created an interactive application. I subsequently exhibited my work, Depth of the Field - Processing Photography Blink Series (2008) at Yamaguchi Center for Arts and Media (YCAM), which used computer vision to detect the blink of an eye when viewing a photograph. However, it was when I met Zach Lieberman, who has also used openFrameworks, that I yearned for the freedom to express myself with code.

In 2015, I started writing a daily personal code using Processing. Then, in 2019, I started writing code in p5.js, publishing it in OpenProcessing under a Creative Commons license. Through my #dailycoding I have come to regard programming languages as natural languages, as much as they are also sophisticated algorithms.

‍I write code as though I’m improvising with a musical instrument — for me, sketching has become like humming a melody.

Over the years, I’ve also realized the extent to which I’m influenced subconsciously by my mother’s quilting, which she has been doing for 35 years. These days, I refer to it intentionally. ‍‍

‍AE: With the recent explosion of interest in generative art, audiences and collectors are increasingly curious about the technical approaches adopted by artists. Can you speak about your own technique and style?‍

ST: Rather than creating detailed works systematically, I experiment with different  techniques through my daily coding, combining the many approaches to color and composition that I have learned along the way. Projects like Generativemasks (2021) are born from such experiments, while CityScape (2021) was a product of the view of Kobe from its surrounding mountains. SinteredMemories (2021) is an attempt to express a mental landscape in code. My work sits between figuration and abstraction, and I love the work of German painter Sigmar Polke. I’m encouraged by his freewheeling interpretation of different media — from photography to painting to graphic design.

My coding style could be called “long-term generative art” or “life coding,” as opposed to live coding. As an activity, it is like stringing together a series of short poems like haiku or tanka.

‍It is the accidental connection of multiple algorithms that creates a work of art.

But it is also essential not to take everything too seriously and to incorporate an element of humor in one’s work. The continuity in my practice lies in my daily coding. So far, I have published around 1,800 sketches, but creative coding offers possibilities beyond what I’m capable of exploring on my own. That is why I am motivated to spread the joy of coding to the world.

‍AE: How do you understand the relationship between code and its visual output? Is one more important than the other?

‍ST: Because the visual outputs are the result of the execution of the code, viewers can understand the artist’s intent by reading that code. This is the most significant difference between generative art and other art forms. I write my code like a diary, and I hope that, in the future, people will focus on the referential relationships between code and its writer’s style and mathematical approach to the algorithm.

My practice of daily coding draws on Hito Steyerl’s essay, “In Defense of Poor Images” (2009), and seeks to move that discussion into the realm of creative coding. In Japan, Akihiro Kubota has also published his own take, titled In Defense of the Short Code (2018), which also builds on her argument.

‍AE: How should writers in Web3 analyze art that is influenced by both digital and analog traditions, as well as hybrid “global” styles?

‍ST: I am excited that, in recent years, people have started to perceive the value of data beyond its material worth. Looking back over history, the source of an antique’s value is its time and place of manufacture.

‍In the future, I hope that generative art will also be valued based on its unique native properties.

‍AE: And finally, we’d love to know about any projects you’re currently working on. Where do you see your work going in the near future?

‍ST: Last spring, we launched the Japan Generative Art Foundation with some of the proceeds of my Generativemasks project. One of the Foundation’s directors is Alexis André, whom your readers may know. The Foundation is focused on organizing exhibitions, supporting artists’ activities, and building international networks. In addition, Ayumu Nagamatsu has recently created 3D Generativemasks (2022-ongoing) based on my code. 10,000 unique 3D-printed full-color physical masks will be available for each NFT holder next year. I hope people look forward to it. Right now, I am preparing to release a new work with Verse. May it be a wonderful Christmas present!

Shunsuke Takawo is a creative coder and generative artist who is known for his Generativemasks and Tiny Sketches series. He advocates and practices #dailycoding as an activity to connect codes with life, history, and Indigenous cultures. He is also a member of Processing Community Japan, and a lecturer at Konan Women’s University’s Department of Creative Media Studies.